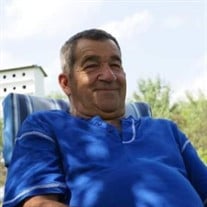 William Earl Martischnig, 75, of Adams, died on Tuesday, March 15, 2022, at his home surrounded by his family. He was born in Adams on March 23, 1946, son of the late John & Elizabeth (Chase) Martischnig. He attended schools in Adams and went to Charles H. McCann Technical School. Bill worked for many years as a sheet metal fabricator and welder, retiring from R.I. Baker in Clarksburg. Earlier in his career he had also worked for the former Mohawk Industries in Adams. He was a member of the Massachusetts National Guard. He was an avid outdoorsman who liked hiking, fishing, and hunting. He took great pleasure in playing cards and pilfering people out of their hard-earned quarters. He also enjoyed building things with his hands, many of which can be seen around Berkshire County. His favorite past time was sitting around a backyard fire with his family and friends. He lived a ‘Life Well Loved’ and was known to answer to many nicknames bestowed to him by his children – Rumple Dumple, Papa Bear, Gouda, Sucky…just to name a few. He was, and always will be, our Superman! He is survived by his wife of 55 years, the former Pamela K. Lefebvre, whom he married on March 26, 1966; four daughters, Linda Haas and her husband Peter, Pamela ‘Ann-e’ Morin and her husband Michael, Lora Peck and her husband James, and Nancy Hopkins and her fiancé Cory Carpenter, all of Adams; thirteen grandchildren Crystal (Aaron) Haas, Jennifer (Ritchie) Haas, Jessica (Matt Sr.) Latham, Kristina (Steven) Snyder, Mason Morin, Ashton Peck, Boden Peck, William L. (Tori) Martischnig, Holden Hopkins, Tobey Hopkins, Trace Hopkins, Miles Hopkins, and Ean Carpenter; twelve great grandchildren, Briannah Rowett, Raelynn Rowett, Brent Demone, Mackenzie Demone, William Klahn III, Matthew Latham Jr., Serenity Latham, Lily Latham, Carter Snyder, Oliver Snyder, Ronan Snyder, and Silas Martischnig; his brother John Martischnig and his wife Penny of Rome, GA and by many nieces and nephews. He was predeceased by two grandsons, Caleb Hopkins and Cole Hopkins, and by his sister Barbara Czernich. Calling hours will be held on Friday, March 18th from 5:00-7:00 P.M. at PACIOREK FUNERAL HOME, 13 Hoosac St., Adams. A time of prayer will follow, with a burial held at a later date. Per Bill’s wishes, anyone attending is asked to dress comfortable and in bright colors – NO formal attire. The family requests the omission of flowers and instead suggests memorial donations be made to PopCares, P.O. Box 482, Williamstown MA 01267 or to Hospice Care in the Berkshires, 877 South St., Pittsfield MA 01201.

William Earl Martischnig, 75, of Adams, died on Tuesday, March 15, 2022, at his home surrounded by his family. He was born in Adams on March 23, 1946, son of the late John & Elizabeth (Chase) Martischnig. He attended schools in Adams and went... View Obituary & Service Information

The family of Mr. William "Bill" Martischnig created this Life Tributes page to make it easy to share your memories.

Send flowers to the Martischnig family.