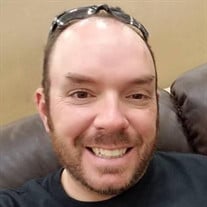 William Francis Evans was born on February 18, 1980 in North Adams, MA to Howard and Janice (Tenczar) Evans. After attending elementary school in North Adams, his family moved to Clarksburg where he made a crew of lifelong friends. He graduated from Drury High School in 1998, then Western New England College in 2002. After college he completed training at the Federal Law Enforcement Training Center and became a United States Capitol Police Officer in March 2003. He has been a member of the First Responder Unit for over 15 years and assigned at the North Barricade, where his fellow officers came to lovingly call him "King of the North." He participated in bowling and baseball leagues throughout his life. When he moved to Burke, Virginia, he brought with him his love of the Red Sox and Patriots. As an adult, he grew to love tabletop and board games and joined a community of players who became great friends. He spread his love of games to his family, with vacations spent around a table sharing laughs, critiquing strategies, and celebrating each other's wins. He was always eager to spend time with his children, and immensely proud of everything they did. They would always say they had the best time with their Daddioski. Billy leaves behind his two children, Logan and Abigail, whom he loved beyond measure; their mother, Shannon Terranova; his mother, Janice, sister Julie Kucyn, brother-in-law Andrew, nephew Timothy, and niece Katherine; aunts, uncles, and cousins. He is predeceased by his father, Howard Evans. Billy died on April 2, 2021 in the line of duty. For his sacrifice, he will be remembered with a Congressional Tribute and Lying in Honor in the United States Capitol Rotunda on Tuesday, April 13 at 11 am. A private funeral mass will be held on Thursday, April 15 at Saint Stanislaus Kostka Church, Adams, MA. Private burial will follow.

William Francis Evans was born on February 18, 1980 in North Adams, MA to Howard and Janice (Tenczar) Evans. After attending elementary school in North Adams, his family moved to Clarksburg where he made a crew of lifelong friends. He graduated... View Obituary & Service Information

The family of William Francis Evans created this Life Tributes page to make it easy to share your memories.

Send flowers to the Evans family.