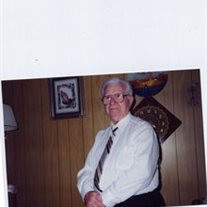 Willard Leon Stone, 89, of Warner Robins, Georgia, a longtime resident of 9 First St. Adams, died Tuesday morning, May 10, 2005, at his home. He was born in North Adams, MA on May 23, 1915, a son of Leon Stone and Gertrude (Chilson) Stone Belding. He attended North Adams schools. He lived in Adams until moving to Georgia in 1999. He worked as a welder at Power Transformer Division, General Electric Company in Pittsfield, MA and retired after 34 years of service in 1975. He was a member of the GE Quarter Century Club and Pensioner's Club. Willard was an active member of St. Stanislaus Kostka Church in Adams, for 65 years. He served as Eucharistic Minister, Usher, Parish Council, Past President of Holy Name Society, St. Michael's Society and Chairman of Passionist Men's Retreats. He was a dedicated 4th Degree Knight of Columbus, Council 230, and past District Deputy (District 1 and 2). He was known for his quick wit and generosity, and especially enjoyed his family. He is survived by his wife of 71 years, the former Wanda Pelczynski, whom he married on September 30, 1933; 4 Sons - Gerald Stone and his wife, Sondra, of Warner Robins, GA; Donald Stone and his wife, Nancy, of Inverness, Florida; Richard Stone and his wife, Barbara of Lonedale, Missouri; and John Stone and his wife, Helen, of Jaffrey, New Hampshire; 1 Daughter - Virginia Antaya and her husband, Maurice, of Austin, Texas; 1 Brother - Holice Belding of North Adams, MA; 10 Grandchildren - Susan Stone Feldhake, Theresa Vidoli, Laurie Weedo, Richard Stone Jr., Rosemarie Stone, Mark Stone, Jeffery Stone, Ashley Stone, Michelle Fisher, and Annemarie Caporina. Six great grandchildren - Maria, Christina, and Kathleen Vidoli, Janice Weedo, Brianna and Marcus Fisher-Jones, and one great-great granddaughter, Taylor Vidoli-Willsey. He was predeceased by a sister, Alice Desmarais, and a brother, Ralph Stone. The Funeral will be held on Saturday, May 14, at 9:00 AM from the AUGE`-PACIOREK-SIMMONS Funeral Home, 13 Hoosac St. Adams, followed by a Liturgy of Christian Burial at 10:00 AM in St. Stanislaus Kostka Church, Adams. Burial will follow in St. Stanislaus Kostka Cemetery, Adams. Calling hours are Friday from 5 to 8 PM at the Funeral Home. Memorial Donations may be made in memory of Willard Stone, to the Mercy of God Prayer Center, P.O. Box 80193, Austin, Texas 78708

Willard Leon Stone, 89, of Warner Robins, Georgia, a longtime resident of 9 First St. Adams, died Tuesday morning, May 10, 2005, at his home. He was born in North Adams, MA on May 23, 1915, a son of Leon Stone and Gertrude (Chilson) Stone Belding.... View Obituary & Service Information

The family of Willard Stone created this Life Tributes page to make it easy to share your memories.

Send flowers to the Stone family.