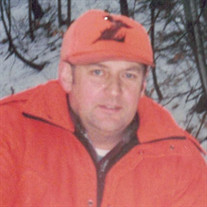 Mr. Victor S. Ziemba, 76, of Adams, died Wednesday morning, April 8, 2020 at his home. He was born in Adams on December 18, 1943, a son of the late Stanley and Veronica (Pytko) Ziemba. He attended Adams schools, graduated from the former Adams High School with the Class of 1962, and received his Associate’s Degree from the Stockbridge School of Agriculture at UMASS-Amherst in 1964. Victor was a dairy farmer all of his life, and was an owner and operator of the family farm, Ziemba’s Broadlawn Farm in Adams, working up until the time of his passing. He was a member of the Massachusetts Farm Bureau, and was an organizer and member of the former Adams Farmers softball team. He enjoyed hunting and fishing, and was an avid fan of the Boston Red Sox and New England Patriots. He had also served as a Fence Viewer for the Town of Adams for many years. He is survived by his former wife, Barbara A. (Pelczynski) Ziemba, of Adams; three sons, Timothy Ziemba, Mark Ziemba and his companion, Sonia, and Christopher Ziemba, all of Adams; a daughter, Michele White of Brookneal, VA; eight grandchildren, including Angela, Erika, Timothy, Jr., Emma, Thomas, David, Tony and Jamie, Jr., two brothers, Eugene Ziemba of Adams, and John Ziemba of Savoy; one sister, Suzanne Norton of Webster, NY; as well as many nieces, nephews, grandnieces and grandnephews. He was predeceased by a grandson, Matthew; a brother, Stanley Ziemba; and five sisters, Bertha Brandley, Alice Rosenburg, Shirley Goff, Patricia Butterfield and Jeannette Sworzen A Celebration of Victor’s Life will be held on a date to be announced in the future, when current restrictions are lifted. The PACIOREK FUNERAL HOME, Adams, is in charge of arrangements. To leave a message of condolence, please go online to www.paciorekfuneral.com

Mr. Victor S. Ziemba, 76, of Adams, died Wednesday morning, April 8, 2020 at his home. He was born in Adams on December 18, 1943, a son of the late Stanley and Veronica (Pytko) Ziemba. He attended Adams schools, graduated from the former Adams... View Obituary & Service Information

The family of Mr. Victor S. Ziemba created this Life Tributes page to make it easy to share your memories.

Send flowers to the Ziemba family.