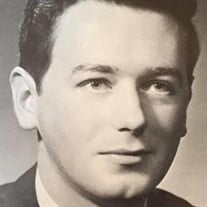 Thomas A. Walsh, 80, of Adams, a high-school teacher who touched the lives of countless students in his hometown over four decades, died Feb. 24 at North Adams Commons after a sudden decline from complications from chronic obstructive pulmonary disease. A fiercely dedicated teacher and administrator — starting in 1963 at Adams Memorial High School and then, following regionalization with Cheshire in 1969, Hoosac Valley Regional High School — multiple former students recently recalled on Facebook his passionate, energetic, and dramatic teaching of Shakespeare and other cornerstone texts of English literature in his honors and advanced placement classes. Numerous former students credited Walsh with influencing their lives in myriad ways, from instilling a lifelong love of Shakespeare to inspiring their own teaching careers. He was promoted to vice principal of Adams Memorial High School in 1967. He then served as the longtime chairperson of the English department at Hoosac Valley. He also served for decades as advisor to the National Honor Society and de facto travel agent for the organization's annual trip to Washington, D.C., an event he planned with military precision. For years, he was also played a key role in coordinating graduation ceremonies with dignity, tradition, and gravitas. He left full-time teaching in 1997 but retained his AP English class and continued advising the NHS until 2002. Outside of the classroom, he nurtured his love of classical music and for years he sang at weddings and in several choral groups as a tenor. He carefully followed national politics and maintained resolute opinions expressed with civility, dry wit, humor, outrage, and an unabashed concern for democracy. Thomas A. Walsh was born Oct. 15, 1939 in Adams, the son of the late John J. and Mary G. (Toohey) Walsh. After earning his degree from Adams Memorial High School in 1957, he graduated cum laude in English in 1961 from St. Michael’s College in Winooski Park, Vt. In 1963, he earned a master of arts degree in English from the University of Notre Dame in South Bend, Ind. He leaves a sister and brother-in-law, Mary and Richard Potter, of Plainfield, seven nieces and nephews, and numerous members of their extended respective families. He was preceded in death by two brothers, John F. Walsh and James V. Walsh, and by a sister, Roberta Ann Costine. Calling hours will take place Wednesday, March 4th, from 10 to 11 a.m. at Paciorek Funeral Home, 13 Hoosac St., Adams. A funeral service will follow at 11:00 AM. In lieu of flowers, contributions in Thomas A. Walsh’s memory may be made to HospiceCare in the Berkshires, Inc., 877 South St., Suite 1W, Pittsfield, MA 01201, or to Adams Ambulance Service, Inc., 185 Columbia St., Adams, MA 01220.

Thomas A. Walsh, 80, of Adams, a high-school teacher who touched the lives of countless students in his hometown over four decades, died Feb. 24 at North Adams Commons after a sudden decline from complications from chronic obstructive pulmonary... View Obituary & Service Information

The family of Mr. Thomas A. Walsh created this Life Tributes page to make it easy to share your memories.

Thomas A. Walsh, 80, of Adams, a high-school teacher who touched...

Send flowers to the Walsh family.