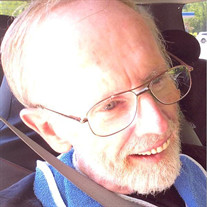 Mr. Thomas A. Livsey, 72, of Adams, died surrounded by his family on Saturday, July 27, 2019 at his home due to complications of Parkinson’s disease for the last 34 years. He was born in Adams on May 12, 1947, son of the late Donald Livsey and Marion (Waterman) Livsey Rathbun. He attended schools in Adams and then graduated from the Charles H. McCann Technical High School where he had taken up a love for electronics. Mr. Livsey was a veteran of the Vietnam War having served in Vietnam for a year with the United States Army. He received his Honorable Discharge on September 5, 1968. Mr. Livsey worked in the naval ordnance division of General Electric Co., Pittsfield for 23 years until retiring. He enjoyed the outdoors and had a love for fishing, hunting and riding dirt bikes and motorcycles. He is survived by his wife of 51 years, the former Diana (Desanty), whom he married on March 16, 1968; two sons, Thomas A. Livsey, Jr., and Mark Livsey and his wife Marlo; three sisters, Cheryl Golka, Nancy Cardimino and her husband Dave and Sandy Livsey and her husband Mike; four grandchildren, Samantha, Elizabeth, Joshua and Aaron; two great grandchildren, Nevaeh and Stevie and many nieces and nephews. He was predeceased by his son Ronald John Livsey and by his brother Brian Livsey. The family would like to thank Hospice of Western & Central Massachusetts for their care and compassion. Also a special thanks to Rebecca, Linda, Dominic and Terri and his Aide Amanda. The funeral will be held on Thursday, August 1st, at 11:00 A.M. in the PACIOREK FUNERAL HOME, 13 Hoosac St., Adams. Rev. Steven Montesanti, Pastor of the Parish of St. John Paul II, Adams, will officiate. Burial will follow in Bellevue Cemetery, Adams. Calling hours are Thursday morning from 10:00 A.M. until the time of the service in the funeral home. Memorial donations may be made to the Parkinson’s Foundation, 200 SE 1st Street, Suite 800, Miami, FL 33131.

The family of Mr. Thomas A. Livsey created this Life Tributes page to make it easy to share your memories.

Send flowers to the Livsey family.