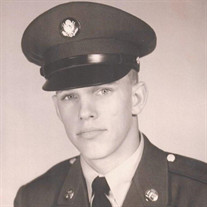 Mr. Thomas F. Bernier, 76, of North Petersburg, NY, formerly of Adams, died on Monday, December 20, 2021, at Samaritan Hospital in Troy, NY. He was born in Adams on August 26, 1945, a son of the late Joseph and Margery (Kenney) Bernier. He attended schools in Adams, including the former Adams Memorial High School until leaving to join the military. Mr. Bernier was a veteran of the Vietnam War, having first served with the United States Army from 1964 to 1967. He then enlisted in the United States Navy in 1968 until receiving his Honorable Discharge on July 8, 1970. Mr. Bernier was a self-employed logger and heavy equipment operator, having owned and operated the former Bernier Logging Inc., and had worked for Dellaghelfa Construction until returning to logging. He is survived by his two daughters, Jody L. (Bernier) Mazzrillo of North Adams and Tracy (Bernier) Thomas of Monson; one son, Thomas F. Bernier, Jr. of Hamden; five brothers, Kenneth A. Bernier of Church Hill, TN, Ronald J. Bernier of Cheshire, Paul F. Bernier of Adams, Robert B. Bernier of Cheshire and Anthony E. Bernier of Adams; six grandchildren, Jacob, Caleb, Kaelyn, Tiffani-Lyn, Brittany and Jenifer; his partner Kathleen Staples of Petersburg, NY and by many step children, step grandchildren, nieces and nephews. He was predeceased by his sister Judith A. Powers who died on June 23, 1994. A memorial service will be held on Thursday, December 30th at 12:00 Noon in the PACIOREK FUNERAL HOME, 13 Hoosac St., Adams. Burial will be at a later date in Bellevue Cemetery. Calling hours are Thursday from 10:00 A.M. to 12:00 P.M. at the funeral home. Following the service at the funeral home, family and friends are invited to a Celebration of Life at the North Adams VFW on the Mohawk Trail in North Adams. Memorial donations may be made to the Shriners Burns Institute, 51 Blossom St. Boston, MA 02114.

Mr. Thomas F. Bernier, 76, of North Petersburg, NY, formerly of Adams, died on Monday, December 20, 2021, at Samaritan Hospital in Troy, NY. He was born in Adams on August 26, 1945, a son of the late Joseph and Margery (Kenney) Bernier. He... View Obituary & Service Information

The family of Mr. Thomas F. Bernier created this Life Tributes page to make it easy to share your memories.

Send flowers to the Bernier family.