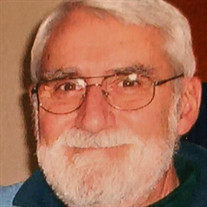 Thomas George Bernard, 86, of North Adams, MA, died at Berkshire Medical Center Sunday, July 25, 2021.Tom was born in North Adams on April 1, 1935, son of the late George and Mary (Blasi) Bernard. He graduated from Drury High School and earned bachelor’s and master’s degrees from North Adams State Teachers’ College/North Adams State College. Tom served in the United States Army from 1957-1959 and was stationed in Korea. He taught in the North Adams Public Schools from 1959-1993 at Houghton Elementary School, Freeman Junior High School, Conte Middle School, retiring as a social studies teacher from Drury High School. During his career he served as a member of the steering committee that established the North Adams Middle School and was a faculty representative and executive committee member with the North Adams Teachers’ Association. After retiring from the school district Tom worked at Spiroll International in North Adams, and later volunteered in the City of North Adams Veterans’ Services Office.Tom had a love for and a mastery of the details of American history and literature and was a natural storyteller who delighted in sharing his knowledge, his enthusiasm, and his sense of humor with his students, friends, and family. He loved model trains, the Boston Celtics, and the ocean, and was devoted to his family, especially as “Papa” to his grandchildren. Tom is survived by Jane (Paciorek), his wife of 45 years; by his children Gregor (Jayne Johnston) of Milford, NH; Gretchen Jennings (Michael; grandchildren Christopher and Joy) of Northampton, MA; Kristen (Dean; grandchildren Marley and Astha); Thomas (Jennifer; granddaughter Alexandra) of North Adams, MA; and Catherine Forrestall (Matthew; granddaughter Beatrice [BB)) of Stow, MA; by former wife Susannah Wilbur of Northampton, MA; and by his brother Richard (Antoinette; children Richard and Carla) of Norwalk, CT. FUNERAL NOTICE: A Celebration of Life for Thomas G. Bernard will be held on Saturday, July 31, at 10:00 AM at Paciorek Funeral Home, 13 Hoosac St. Adams. Burial will follow in Southview Cemetery. Calling hours will be on Friday, from 5:00-7:00 PM at the Paciorek Funeral Home. At the request of the family, masks will be strictly enforced. In lieu of flowers the family requests that memorial donations be made to the AYJ Fund (ayjfund.org) To leave a message of condolence, or for directions, please go online to www.paciorekfuneral.com

The family of Mr. Thomas G. Bernard created this Life Tributes page to make it easy to share your memories.

Send flowers to the Bernard family.