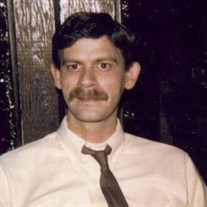 Mr. Ronald Ralph Mariani, 64, of Adams, died on Tuesday, March 29, 2022, at Berkshire Medical Center in Pittsfield. He was born in North Adams on January 30, 1958, a son of Ralph Mariani and Marlene (DuBois) Olds. He attended schools in North Adams and graduated from Drury High School with the class of 1976. Ron last operated M&M Paper & Paint, a very respected business, with his business partner, friend and fellow musician, Val Martel for 35 years. Earlier he had worked for the Vermont Woodstove Co, North Bennington, the former Hunter Outdoor Products as an inspector and the former Quinn Paper and Paint. Music was his passion and as a musician, Ron played in the high school concert, marching and stage bands, playing the Tuba and Trombone. He was a well-known bass player, having played in numerous bands in the area, including Loose Change, Horizon, the Brezie Eastman Band, Swallow Hillbillies and Legend. Ron had also played in the Williams College musical Godspell in 2001. Besides his father of Pittsfield and his mother of North Adams, Ron is survived by his brother Bruce Mariani and his wife Patraca of Bennington; his two sisters, Tina DiSanti and Linda Mariani and her spouse Melinda Lortie, all of Adams; his aunt Sandra Ahola of North Adams; nieces and nephews, Joel and Curtis Mariani of Boston, Paul Lemieux and his wife Ronda of Adams, Richard Lemieux and his wife Carolyn of North Adams, Sonia DiSanti and her partner Heather of North Adams, Nathan and Robert D. DiSanti of Adams and Leah Sherman of Florida, MA; great nieces and great nephews, Danielle, Melody, Freedom, Asher and Judah Lemieux, Michael DiSanti of CO, Bailey DiSanti of Adams, Triston, London, Kaylee, Damitri, Finn and Maddox DiSanti, all of North Adams and Jacob and Ryan Sherman of Florida and his beloved dog Piper Jean. He was predeceased by the love of his life and longtime partner, Lisa (Dickinson) Arthur who died on January 29, 2021 and by his brother in law, Robert J. DiSanti who died on August 19, 2014. Ron’s family would like to thank the doctors, nurses and staff at Berkshire Medical Center for the wonderful care they provided. A graveside service will be held on Saturday, April 9, 2022 at 11:00 A.M. in Southview Cemetery, North Adams. A celebration of life will follow at 12:00 Noon at the Bounti-Fare Restaurant, Howland Ave., Adams, where friends are welcome to bring their instruments and celebrate Ron with music. The family requests the omission of flowers and suggests memorial donations be made to the Drury High School Band, 1130 South Church St., North Adams, MA 01247.

Mr. Ronald Ralph Mariani, 64, of Adams, died on Tuesday, March 29, 2022, at Berkshire Medical Center in Pittsfield. He was born in North Adams on January 30, 1958, a son of Ralph Mariani and Marlene (DuBois) Olds. He attended schools in North... View Obituary & Service Information

The family of Mr Ronald R. Mariani created this Life Tributes page to make it easy to share your memories.

Send flowers to the Mariani family.