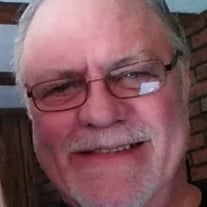 Mr. Robert Allen Emerson, 77, of Cheshire, passed peacefully on Monday, May 31, 2021 at Baystate Medical Center in Springfield, with his loved ones at his side. He was born in Pittsfield on December 10, 1943, son of the late Roy and Marion (Lewis) Emerson. He attended local schools and graduated from the former Adams Memorial High School with the Class of 1961. Bob worked at General Electric Co. in Pittsfield, first in Power Transformer division, and later in the Ordnance division, until retiring with over 30 years of service. Following his retirement, he held several part-time positions in the area. He had also served with the Massachusetts National Guard for several years in the 1960’s. Bob was an avid motorcyclist and enjoyed taking frequent rides with his wife. He always greeted everyone with a smile. He is survived by his wife of 59 years, the former Shirley J. Bishop, whom he married on November 3, 1962 at the Cheshire Methodist Church; his son, Terry Emerson and his wife, Gina, of Cheshire; his daughters, Robbin Emerson and her companion, Jeffrey Coty, of Pittsfield, and Holly Emerson Rufo and her husband, Anthony Rufo of Riverview FL; two grandchildren, Bryce Coty and Sofia Emerson; two sisters, Elaine Daniels and her husband, John, and Marilynn Martin and her husband, Robert, both of Cheshire; as well as several nieces, nephews, grandnieces and grandnephews. At the request of the family, funeral services and burial will be private. There are no calling hours. Memorial donations may be made to the Cheshire Volunteer Fire Department, PO Box 598, Cheshire, MA 01225, or to Adams Post 160 American Legion, 160 Forest Park Ave. Adams, MA 01220. The PACIOREK FUNERAL HOME, Adams, is in charge of arrangements. To leave a message of condolence, please go online to www.paciorekfuneral.com

Mr. Robert Allen Emerson, 77, of Cheshire, passed peacefully on Monday, May 31, 2021 at Baystate Medical Center in Springfield, with his loved ones at his side. He was born in Pittsfield on December 10, 1943, son of the late Roy and Marion (Lewis)... View Obituary & Service Information

The family of Mr. Robert A. Emerson created this Life Tributes page to make it easy to share your memories.

Send flowers to the Emerson family.