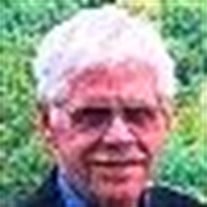 Mr. Robert P. Bates, 69, of Adams, died Monday, September 24, 2018, at Berkshire Medical Center in North Adams. He was born in Pittsfield on August 10, 1949, a son of the late Edward L. Bates, Jr. and Alice (Beaulieu) bates. He attended Pittsfield schools, and graduated from Pittsfield High School with the Class of 1967.He had also attended Cape Cod Community College and Berkshire Community College. Bob was a Veteran of the Vietnam War, serving with the US Coast Guard aboard the cutters Escanaba, Humbolt and Cook Inlet as a radioman from 1967 until his Honorable Discharge in 1971. Bob worked for the US postal Service at the Pittsfield Post Office, retiring as a bulk mail technician in 2009 after 35 years of service. He was a President of the Pittsfield area American Postal Workers Union, and was named Labor Person of the Year for the Berkshire County Area in 2000, while state representative. He was a member of Adams Post 160 American Legion, the Adams Lodge of Elks, and was a Life Member of the Disabled American Veterans. He was a past board member of the Credit Union of the Berkshires. Bob coached youth baseball and football in Pittsfield for many years, and had been a high school football official for several years. He loved to read and play guitar,and travelling and fishing with his grandchildren. He especially loved time spent with his family. He is survived by his wife, Joan C. (Hughes), whom he married on March 15, 2003; four sons, Shane Bates and his wife, Makari Lang, of Weinheim, Germany; Luke Bates and his companion, Kerry Willig, of Becket, MA; Chris Biddy and his wife, Kaylee, of Adams; and Brian Bergeron and his fiancée, Shawna Griffin, of Adams; two daughters, Alyssa Bates of Becket, MA and Kelly Bergeron and her companion, Derek Merker, of Astoria, NY; two brothers, John Bates and his wife, Jan, of Dalton; and Dennis Bates and his wife, Deborah, of Pittsfield; a sister, Katherine Bates Ciliberti and her husband, John, of Hinsdale; eight grandchildren, Errol and Eloise Bates; Vanessa Biddy; Kylie, Keira and Kenzy Griffin; Damaris Bates and Julia Bergeron, as well as several nieces and nephews. He was predeceased by a brother, Edward L. Bates III. A Liturgy of Christian Burial will be held on Saturday, October 13th, at 12 Noon in St. Stanislaus Kostka Church, 25 Hoosac St. Adams, celebrated by Rev. Steven Montesanti, Pastor. Calling hours will be held on Saturday, Oct. 13th, from 11:00 AM until 12 Noon AT THE CHURCH. Burial will be held at a later date in the Massachusetts National Veterans Cemetery in Bourne, MA. In lieu of flowers, memorial donations may be made to the Adams Lodge of Elks, PO Box 106, Adams, MA 01220; or to Adams Post 160 American Legion, 160 Forest Park Ave. Adams, MA 01220. The PACIOREK FUNERAL HOME, Adams, is in charge of arrangements. To leave a message of condolence, please go online to www.paciorekfuneral.com

The family of Mr. Robert P. Bates created this Life Tributes page to make it easy to share your memories.

Send flowers to the Bates family.