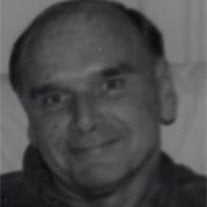 Robert William Auge`, 58, of 142 Marion Avenue, North Adams, longtime area funeral director, died Friday, April 8, 2005 at North Adams Regional Hospital. He was born in North Adams on January 16, 1947, a son of the late Raymond W. and Alice M. (Muller) Auge`. He was raised in Williamstown, and attended Williamstown schools, graduating from Mount Greylock High School. He then graduated from New England Institute of Applied Arts & Sciences, Boston, in 1968 with his diploma in Mortuary Science. He had also attended Berkshire Community College in Pittsfield. Mr. Auge` first worked for the former John H. Quinn Funeral Home in Williamstown. Following his college studies, he worked at the former Simmons Funeral Home in North Adams . He then moved to Vail, Colorado, for a period, working at several ski resorts there. He returned to this area and became one of the first managers of food and beverage for the Snow Lake Resort at Mount Snow Ski Area in Dorset, Vermont, for a time. He purchased the former Pringle Funeral Home on East Main St. in North Adams in 1973, renaming it the Auge`-Pringle Funeral Home. In 1979, he purchased the former San Soucie Funeral Home on Quincy St. in North Adams, and operated from both locations until he purchased the Simmons Funeral Home and the A.C. Simmons Funeral Home in Adams in 1981, at which time he merged all of the North Adams businesses into the Auge`-San Soucie-Simmons Funeral Home at its present location. In 1986 the A.C. Simmons Funeral Home in Adams became the Auge`-Paciorek-Simmons Funeral Home, and in 1989, moved from Park St. in Adams to its current location on Hoosac Street. He served on the North Adams City Council for one term starting in 1979. He was a communicant of Notre Dame du Sacre Coeur Church in North Adams, where he served on the Parish Council, the Bingo committee, and taught Confraternity of Christian Doctrine Classes. He was a member of the Northern Berkshire Industrial Development Commission, a former Director of the Visiting Nurse Association; and a corporator of Hoosac Bank in North Adams. He was cited as an "Outstanding Young Man" by the Outstanding Young Men of America publication in 1976, only one of seven in this region. He enjoyed skiing, golfing, and traveling in Vermont. He is survived by 1 Son - Ryan W. Auge` of North Adams; 1 Daughter - Candice G. Auge` and her fianc�e, Loren Dickey, of Crane Hill, Alabama; 1 Brother - Bruce Auge` of Milford, New Hampshire; 3 Sisters - Jean Walden of North Adams; Carole Bush of Phenix City, Alabama; and Sharon Fleury of Williamstown; 2 Uncles - Dr. Bernard Auge`, DDS, of Pittsfield, MA and Thomas Muller of York, PA; His friend and former wife of 23 years, Claudine R. Auge` of North Adams; and his lifelong friend, Teresa Siciliano of North Adams; as well as several nieces & nephews. The funeral will be held on Wednesday, April 13, at 12:15 PM from the AUGE`-SAN SOUCIE-SIMMONS Funeral Home, 46 North Church St. North Adams, followed by a Liturgy of Christian Burial at 1:30 PM in St. Francis of Assisi Church, North Adams. Burial will follow in the family lot in Eastlawn Cemetery in Williamstown. Calling hours are Tuesday from 4 to 7 PM at the funeral home. Memorial donations may be made to the Robert W. Auge` Memorial Scholarship Fund through the funeral home.

The family of Robert W. Auge` created this Life Tributes page to make it easy to share your memories.

Send flowers to the Auge` family.