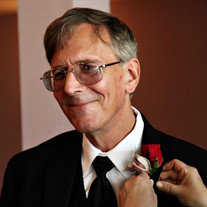 Mr. Richard L. Ziarnik, 66, of Adams, died on Friday, December 6, 2019 at his home surrounded by his family. He was born in Adams on April 1, 1953, a son of Rosemary (Ramsdell) Ziarnik and the late Leonard W. Ziarnik. He attended schools in Adams and graduated from the Charles H. McCann Technical High School with the class of 1971. He was a motor vehicle enthusiast from childhood and enjoyed spending time with friends and family. While in high school, at the age of 16, he started working with his father as an auto body technician for K&M Motors in North Adams. He then went to work for the former General Electric Company in Pittsfield, starting in the power transformer division then moving to naval ordnance. He then left General Electric and went to work for Donovan Motor Car in Lenox, repairing and restoring English motor cars until 2007 when he went to General Dynamics in Pittsfield where he remained until his retirement in 2018. He was a communicant of the Parish of St. John Paul II at St. Stanislaus Kostka Church, Adams. He was a longtime member of the Massachusetts Army National Guard, having earned the rank of Staff Sergeant when he was Honorably Discharged on June 2, 1984. He was a member of the Adams Post 160 American Legion, where he served on the Honor Guard and as Chaplin. He was also a member, Chaplin and officer of the Mountain Club in Adams, the Maple Grove Civic Club, Adams and a member of the Berkshire Lodge of Masons. Besides his mother of Adams, he is survived by his wife, the former Kathleen A. Sniezek, whom he married on February 2, 1990; his son, Jason Ziarnik and his wife Allison of Tigard, OR; one brother, David Ziarnik and his wife Cindy of Adams; two sisters, Teresa Daignault and her husband Jeffrey of Adams and Gail Sookey and her husband David of Adams; two grandchildren, Madison and Coleson and many nieces, nephews, grandnieces and grandnephews. He was predeceased by his son Adam Ziarnik. The funeral will be held on Monday, December 16th at 9:00 A.M. from the PACIOREK FUNERAL HOME, 13 Hoosac St., Adams, followed by a Liturgy of Christian Burial at 10:00 A.M. in St. Stanislaus Kostka Church, Adams, celebrated by Rev. Steven Montesanti, Pastor. Burial will follow in St. Stanislaus Cemetery, Adams. Calling hours are Sunday from 2:00 P.M. to 5:00 P.M. at the funeral home. Memorial donations may be made to Pop Cares, P.O. Box 482, Williamstown, MA 01267 or to Hospice Care in the Berkshires, 877 South St., Pittsfield, MA 01201.

Mr. Richard L. Ziarnik, 66, of Adams, died on Friday, December 6, 2019 at his home surrounded by his family. He was born in Adams on April 1, 1953, a son of Rosemary (Ramsdell) Ziarnik and the late Leonard W. Ziarnik. He attended schools in... View Obituary & Service Information

The family of Mr. Richard L. Ziarnik created this Life Tributes page to make it easy to share your memories.

Send flowers to the Ziarnik family.