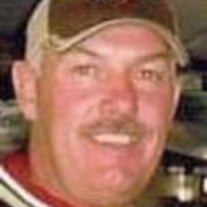 Richard James Farnham, Jr., 65, of North Adams, died Monday morning, November 15, 2021 at his home, surrounded by his family. He was born in Adams on February 5, 1956, a son of the late Richard J. Farnham Sr. and Betty Jane (Beaupre) Meyer. He attended Adams schools and graduated from Hoosac Valley High School with the Class of 1974, where he played baseball, basketball and soccer. He graduated from Berkshire Community College in 1976, and then attended James Madison University in Virginia. He played baseball at both colleges. He graduated from Massachusetts College of Liberal Arts in 2001, earning a bachelor’s degree in Psychology. A standout athlete, Dick played baseball for the New Brunswick Senior Baseball League on the the Marysville Cosmos and Fredericton Grenada’s in Canada, both a part of the Philadelphia Phillies farm system. He also pitched for the James Madison University Dukes. Dick worked as a case manager for the Berkshire County Sheriff’s Department for 18 years, until retiring in April of this year. Earlier, he worked as an outreach counselor at the Brien Center, and still earlier had worked at the former North Adams Country Club, The Millhouses and the Pittsfield Pipers. He was a member of the First Baptist Church of North Adams. An avid golfer, he was a member of the Forest Park Country Club in Adams. He was a former member of the Mountain Club and Adams Turners. Dick was active in youth sports for many years. He coached T-Ball in North Adams, and basketball for the North Adams Armory League. He coached youth soccer in Williamstown and had coached JV Baseball at Hoosac Valley High School. He also served as a referee for the North Adams Armory Basketball League. He enjoyed golfing, trips to Aruba and the casinos, watching sports and going to sporting events, going out to dinner, hanging out at his swimming pool, and enjoyed spending time with his family and friends, especially the time spent with his grandson, Grayson. Dick is survived by his wife, the former Jane Earl, whom he married on July 15, 1994; his son, Jared Sprague and his wife Alicia, of North Adams; his grandson, Grayson Sprague; his sister, Debbie Harrison of Adams; his mother-in-law, Janice Ramsdell and her husband, Dick, of North Adams; sisters-in-law Cheryl LaDouceur and her husband, Gordon, of Williamstown, and Katherine Quirk of North Adams; two aunts, Eleanor Robinson of Williamstown, and Dorothy Smith of Trenton, NJ; several nieces and nephews, two grandnieces and a grand nephew, as well as many cousins. Dick will always be remembered for his infectious smile. Dick’s family would like to thank the caregivers who helped Dick and his family during his illness, including Steve Hakes, Matt Trabold-Flanagan, Cindy DeBlois, Alicia Sprague, Jared Sprague, Debbie Harrison, Tom and Donna Kondel, Kit Foster, Donna Sadlowski, Jeff Kurpaska, Kathy Quirk, Mary Scanlon, Janice Ramsdell and Cheryl Bush, as well as the nurses and staff of Hospice Care in the Berkshires and the Berkshire Visiting Nurses Association. The funeral will be held on Tuesday, Nov. 23rd, at 11:00 AM in the PACIOREK FUNERAL HOME, 13 Hoosac St. Adams. Pastor David Anderson, of the First Baptist Church of North Adams will officiate. Burial will follow in Southview Cemetery, North Adams. Calling hours will be Monday, Nov. 22nd, from 4 until 7 PM at the funeral home. In lieu of flowers, memorial donations may be made to Compassionate Care ALS, PO Box 1052, West Falmouth, MA 02574 (ccals.org) or to the ALS Association – MA Chapter, 685 Canton St. Norwood, MA 02062 (als.org). To leave a message of condolence, or for directions, please go online to www.paciorekfuneral.com

Richard James Farnham, Jr., 65, of North Adams, died Monday morning, November 15, 2021 at his home, surrounded by his family. He was born in Adams on February 5, 1956, a son of the late Richard J. Farnham Sr. and Betty Jane (Beaupre) Meyer.... View Obituary & Service Information

The family of Mr. Richard J. Farnham Jr. created this Life Tributes page to make it easy to share your memories.

Send flowers to the Farnham family.