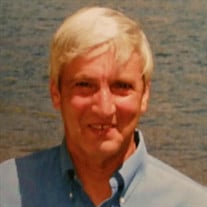 Mr. Peter John Main, 67, of Pittsfield, formerly of Adams, died peacefully surrounded by family and friends on Friday, September 25, 2020 at Berkshire Medical Center in Pittsfield. He was born in Norwalk, CT on August 31, 1953, a son of the late John and Jeanne (Evon) Main. He attended schools in Connecticut and graduated from the Joel Barlow High School with the class of 1971. At the time of his death, Mr. Main was the proprietor of Peter J. Main Plumbing and Heating Company. He had also worked as a licensed master journeyman plumber for the former Shedd Plumbing in Pittsfield and had been the part time plumbing and gas fitting inspector for the towns of Savoy and Lanesborough. Mr. Main was a Honorary Member of the Alert Hose Company in Adams, having been elected into the Company on January 6, 1976, until he resigned on January 2, 1992 and became an Engineer of the Adams Fire Department, a position he held until 2002. Pete was an avid Boston Red Sox and New England Patriots fan. He is survived by his wife, the former Kathleen A. Doner; his daughters, Heather Main of Adams, Marissa Kirchner and her husband Matthew of Cheshire, Tina Emlaw Green and her wife Danielle of Great Barrington and Terry Green and her husband Jason of Florida, MA; a stepdaughter, Heather Carrigan of Newport News, VA; one brother, D. Michael Main and his wife Danae of Viera, FL; one sister, Patricia Morandi and her husband Kevin of Pittsfield; his sister-in-law, Nancy Main of Adams; nine grandchildren, Jackson, Isaac, Paige, Kessa, Jacob, Kayla, Zachary, Jala and Amiya; and by his two nephews, Matthew Main and Kyle Morandi. He was predeceased by his brother John “Jack” Main. The family would like to extend their extreme gratitude to the Berkshire Medical Center Critical Care Unit and 5th Floor doctors and nurses for their amazing compassion and care. A graveside service will be held on Friday, October 2nd at 11:30 A.M. in St. Joseph’s Cemetery, Pittsfield. Calling hours at the PACIOREK FUNERAL HOME, 13 Hoosac St. Adams, are Thursday from 5 to 7 PM. Due to current public health regulations, wearing of face masks and social distancing will be strictly enforced at the funeral home and cemetery. Memorial donations may be made to a charity of the Donor’s Choice.

Mr. Peter John Main, 67, of Pittsfield, formerly of Adams, died peacefully surrounded by family and friends on Friday, September 25, 2020 at Berkshire Medical Center in Pittsfield. He was born in Norwalk, CT on August 31, 1953, a son of the... View Obituary & Service Information

The family of Mr. Peter J. Main created this Life Tributes page to make it easy to share your memories.

Send flowers to the Main family.