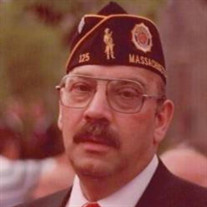 Mr. Paul A. Gigliotti, 86, of North Adams, died Friday, May 28, 2021 at his home, with his family by his side. He was born in North Adams on June 9, 1934, son of the late Joseph and Frances (Parrino) Gigliotti. He attended North Adams schools, graduating from Drury High School. Paul was a Veteran of the Korean War, serving with the US Marine Corps from 1952 until 1955. He received the Purple Heart Medal for wounds received in action, and was Honorably Discharged as a Sergeant. Following his military service, he went to work for the former Warren Wire Co./General Cable Co. in Pownal, VT from 1956 until 1968. He then worked at Frank R. Stiles Post 125 American Legion in North Adams as a bartender and later as the manager of the lounge from 1969 until retiring in 2000. He also served five times as Post Commander. Paul was active in civic affairs, and was a member of the North Adams Conservation Commission for 25 years; a former member of the Northern Berkshire Vocational Regional School Committee; the Mount Greylock Advisory Board; Peter Cook Post 9144 Veterans of Foreign Wars, Clarksburg; and Richard A. Ruether Post 152 American Legion, Williamstown. He was also a Berkshire County Deputy Sherriff and a member of the North Adams Masons. A member of the Boy Scouts of America, he had attained the rank of Eagle Scout and had hiked the Katahdin Trail. He is survived by his wife, the former Patricia A. Daniels, whom he married on June 9, 1955; his children, Paul Gigliotti, Jr. of Adams, Susan Dube and her husband, Bruce, of North Adams; Karen Birch and her companion, Fred Shea, of North Adams; Peter Gigliotti and his companion, Amber of North Adams; 7 grandchildren, Dylan Gigliotti, Kendra Dube, Tyson Dube and his fiancée Jill Taylor; Megan Hartlage and her wife, Tiffany; Katie Gigliotti, Christopher Gigliotti and Anthony Gigliotti; Great Grandchildren Paisley Titman and Jacob Dube; a brother, Leonard F. Gigliotti of Pittsfield; and several nieces, nephews, grandnieces and grandnephews. He was predeceased by his sister, Carol Quinn ,in 1992. Paul’s family would like to thank the staff of Hospice of Central and Western MA for the wonderful care and support they provided to Paul and his family. “ Paul’s life was blessed with a loving family and many friends. But at the end of the day, when I ask myself who was Paul Gigliotti, he was my big brother, the Marine. Semper Fi brother”. A graveside funeral service will be held on Saturday, June 26, at 10:00 AM in Clarksburg Cemetery, Henderson Rd. Clarksburg, MA. Memorial donations may be made to Hospice of Central and Western MA, 55 Church St. Pittsfield, MA 01201, or to the New England Shelter for Homeless Veterans, 17 Court St. Boston, MA 02108.

Mr. Paul A. Gigliotti, 86, of North Adams, died Friday, May 28, 2021 at his home, with his family by his side. He was born in North Adams on June 9, 1934, son of the late Joseph and Frances (Parrino) Gigliotti. He attended North Adams schools,... View Obituary & Service Information

The family of Mr. Paul A. Gigliotti created this Life Tributes page to make it easy to share your memories.

Send flowers to the Gigliotti family.