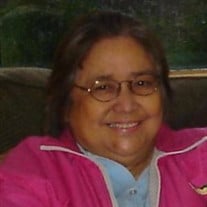 Mrs. Patsy Mae (Duenas) Biros, 88, of Adams, died on Wednesday, February 16, 2022, at Berkshire Medical Center in North Adams. She was born in Agana, Guam on September 8, 1933, a daughter of the late Francisco and Ester (Mesa) Duenas. She attended schools in Guam until the age of 8 when Japan invaded the island at the start of World War II. She was a prisoner of war until the age of 11 when the Japanese occupation of the island ended on August 10, 1944. Following the occupation, Patsy graduated high school and attended Holy Names College in Spokane, WA receiving her Bachelor of Arts degree in education. She married the love of her life, Albin A. Biros, on January 10, 1959. While on Guam, she worked as a school principal and as an elementary school teacher. Raising four children on the island, she earned her master’s degree in education from the University of Guam before leaving the island in 1972. Mrs. Biros had worked as a substitute teacher for the Adams Cheshire Regional School District and last worked as a tax preparer for over 40 years, first as a preparer, instructor and manager for H&R Block, then going to work for her friend Ann Archey at Rod House Tax Service until retiring. She had many personal clients and was looking forward to this year’s tax season. A very religious woman, she was a longtime communicant of the Parish of St. John Paul II at St. Stanislaus Kostka Church, Adams, where she served many years as a lector, CCD teacher, and was a devoted member of the Adoration Chapel. She enjoyed attending the Catholic Charismatic Conference, for many years in Orlando Florida with her son. She is survived by her five sons; Timothy Biros and his companion Krista of Chicopee, Francis Biros and his wife Michelle of Adams, Vincent Biros and his life partner Peter Petracco of Orlando, FL, Andrew Biros of Adams and Patrick Biros of Adams; her daughter-in-law MaryEllen Biros of Vero Beach, FL; her grandson Peter Benjamin Biros, granddaughter Samantha (Harris) and her two great-granddaughters, and many nieces and nephews. She was predeceased by her husband Albin A. Biros (July 7, 1990), brother Joseph Thomas Mesa Duenas and by four sisters, Frances Suba, Lillian Dizon, Catherine Lenser and Edith Sanchez. The funeral will be held on Wednesday, February 23, at 9:00 A.M. at the PACIOREK FUNERAL HOME, 13 Hoosac St., Adams, followed by a Liturgy of Christian Burial at 10:00 A.M. in St. Stanislaus Kostka Church, Adams. Burial will follow in St. Stanislaus Cemetery. Calling hours are Tuesday from 5:00 P.M. to 7:00 P.M. at the funeral home. Memorial donations may be made to St. Stanislaus Kostka School, 108 Summer St., Adams, MA 01220 or to the Felician Sisters 1315 Enfield St., Enfield, CT 06082.

Mrs. Patsy Mae (Duenas) Biros, 88, of Adams, died on Wednesday, February 16, 2022, at Berkshire Medical Center in North Adams. She was born in Agana, Guam on September 8, 1933, a daughter of the late Francisco and Ester (Mesa) Duenas. She attended... View Obituary & Service Information

The family of Mrs. Patsy Mae Biros created this Life Tributes page to make it easy to share your memories.

Send flowers to the Biros family.