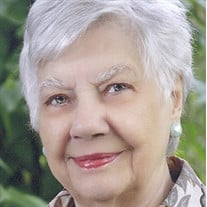 Mrs. Nellie R. (Chrostowski) Mendel, 98, of Adams, died on Friday, September 14, 2018 at Berkshire Medical Center in Pittsfield. She was born in Pittsfield on January 15, 1920, daughter of the late John and Maryann (Danilowicz) Chrostowski. She attended schools in Pittsfield. Mrs. Mendel last worked in the meat department of the former Adams Supermarket. Earlier she had worked at General Electric Co., Pittsfield, the former Elmvale Worsted Co., Pittsfield and her father’s store “John’s” Pittsfield. She was a communicant of the Parish of St. John Paul II at St. Stanislaus Kostka Church, Adams. Her husband, Isadore Mendel, whom she married on September 4, 1939, died on August 2, 2004. She is survived by two sons, Allen Mendel and his wife Suzanne of Adams and Richard Mendel and his wife Susan of Ann Arbor, MI; eight grandchildren, eight great grandchildren and many nieces and nephews. She was predeceased by two brothers, Francis and Joseph Chrostowski. A Liturgy of Christian Burial will be celebrated on Friday, October 12 at 11:00 A.M. in St. Stanislaus Kostka Church, Adams, celebrated by Rev. Steven Montesanti, Pastor. Burial will follow in St. Stanislaus Kostka Cemetery, Adams. Calling hours are at St. Stanislaus Church on Friday, October 12 from 10:00 A.M. until the time of the Mass. Memorial donations may be made to Pop Cares, P.O. Box 482, Williamstown, MA 01267 or to the Alzheimer’s Association, 309 Waverley Oaks Rd., Waltham, MA 02452

The family of Mrs. Nellie R. Mendel created this Life Tributes page to make it easy to share your memories.

Send flowers to the Mendel family.