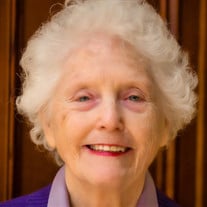 Martha C. Hathaway was the daughter of Rudolph P. Bornak and Esther (Hermance) Bornak, the wife of David P. Hathaway, and a lifelong resident of Pittsfield, MA. She died on April 30, 2022, at Berkshire Medical Center. Martha graduated from Pittsfield High School in 1959. She graduated from North Adams State (now MCLA) in 1963 with a Bachelor’s degree in education. She and David met in college and have been married for fifty-seven years. Martha went on to graduate school at SUNY Albany, where she obtained a Master’s in teaching. She taught school in Dalton, Auburn, and Pittsfield, MA. After they adopted their children, Rona and Andy, she became a full-time stay-at-home mother. When the children became older, she entered the workforce as a temporary secretary at General Electric Plastics. Sheaffer Eaton, Crane & Co. and many other businesses. She was a lifelong member of Zion Lutheran Church, where she served as a Sunday school teacher, council member, part-time secretary and was a member of the Esther Circle Group. Martha was a proud member and officer of the local Woman’s Club. She was also a member and past president of the Pittsfield Woman’s College Club. Martha belonged to Berkshire Institute of Lifelong Learning (BILL) before it became “OLLIE.” She enjoyed being a member and secretary of the German American Club and Adams Historical Society. As a supporter of her husband’s motorsport hobbies, she became an active timer and scorekeeper for the Sports Club of America and Berkshire Motor Sports Club. David and Martha took in several foreign exchange students over the years, and she cared for them like they were her own. Martha leaves behind eight grandchildren, and her oldest granddaughter, Clarissa Mitchell, has made a home with us since grammar school. The funeral will be held at Zion Lutheran Church, 74 First Street, Pittsfield, on Thursday, May 12th, 2022 at 11:00 AM. Calling hours will be from 10:00 AM to 11:00 AM in the church. In lieu of flowers, donations can be made to Zion Lutheran Church, 74 First St. Pittsfield, MA 01201 or the Juvenile Diabetes Research Foundation, 1757 Central Ave. Suite 102, Albany, NY 12205, or at www.jdrf.org The PACIOREK FUNERAL HOME, Adams, is in charge of arrangements. To leave a message of condolence, please go online to www.paciorekfuneral.com

The family of Mrs. Martha C. Hathaway created this Life Tributes page to make it easy to share your memories.

Martha C. Hathaway was the daughter of Rudolph P. Bornak and...

Send flowers to the Hathaway family.