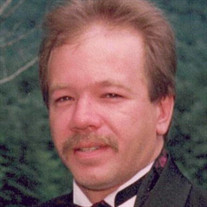 Mark A. Smigel, 54, of Adams, died Wednesday evening, June 17, 2020, at Berkshire Medical Center. He was born in North Adams on September 16, 1965, son of John and Joan (Liszka) Smigel, and attended Adams schools. Mark last worked as a welder for several companies in Pittsfield. He also maintained a vegetable stand at local farmer’s markets, and had won awards for his produce at the Adams Agricultural Fair. He was a member of the Mountain Club in Adams, and enjoyed gardening, hunting and fishing. He was an avid fan of the New York Yankees, the Philadelphia Flyers and the Kansas City Chiefs. He is survived by his mother Joan Smigel, of Adams; his father, John Smigel of Stuart, FL; his aunts, Nancy Walsh of Adams, and Irene Stanton of Lenox, as well as several cousins. Funeral services will be held on Tuesday, June 23rd, at 11:00 AM in the PACIOREK FUNERAL HOME, 13 Hoosac St. Adams. Burial will be held at a later date. A calling hour will be Tuesday from 10:00 AM until the service in the funeral home. Due to current state and local regulations, all attending must wear a face mask and practice social distancing. We kindly ask anyone attending to be patient, as admittance to the funeral home may take a bit longer than usual. Memorial donations may be made to St. Stanislaus School, 108 Summer St. Adams, MA 01220. To leave a message of condolence, please go online to www.paciorekfuneral.com

The family of Mr. Mark A. Smigel created this Life Tributes page to make it easy to share your memories.

Send flowers to the Smigel family.