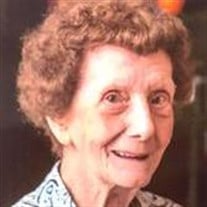 Lucy P. “Gigi” (Libardi) Sanecki, 96, of Adams, died Monday evening, June 18, 2018, at St. Peter’s Hospital Community Hospice in Albany, NY after a short illness. She was born in Pittsfield on December 19, 1921, a daughter of the late John and Virginia (Scaia) Libardi. She lived in North Adams most of her life, and graduated from Drury High School with the Class of 1940. She moved to Adams several years ago. Gigi last worked at General Electric Co. in Pittsfield, until retiring in 1986. Earlier, she had worked at the former Sprague Electric Co. in North Adams for many years. She was a communicant of the Parish of St. John Paul II in Adams, and while in North Adams, was a communicant of St. Anthony of Padua Church. She was a member of the Sprague Electric Quarter Century Club. Gigi enjoyed playing Bingo, trips to the casino, dining out, and dinners at home with her family. She enjoyed spending time with her family, especially her great granddaughter, Madi, with whom she loved playing memory games. She enjoyed travelling, especially to Las Vegas to visit her cousin, the late Msgr. Benjamin Franzinelli; and was a fan of the Boston Celtics and New York Jets. Her husband, Stanley L. Sanecki, died on September 24, 2000. She is survived by her daughter, Patricia “Patty” Sanecki; her granddaughter, Shelley Ann Cozzaglio; and her great granddaughter, Madison Cyrulik, all of Adams; her sister, Eleanor Morris of Clarksburg; and many nieces, nephews, grandnieces, grandnephews, as well as many close and dear friends. She was predeceased by her brothers Mario, Richard and Arthur Libardi; and her sister Gloria Nowak. The funeral will be held on Tuesday, June 26th, at 9:45 from the PACIOREK FUNERAL HOME, 13 Hoosac St. Adams, followed by a Liturgy of Christian Burial at 11:00 AM in St. Elizabeth’s Church, North Adams, celebrated by Rev. William F. Cyr, Pastor. Burial will follow in Southview Cemetery, North Adams. Calling hours are Monday from 4 to 7 PM at the funeral home. In lieu of flowers, memorial donations may be made to the Second Chance Animal Shelter, 6779 VT Rt. 7A, Shaftsbury, VT 05262.

The family of Lucy "Gigi" Sanecki created this Life Tributes page to make it easy to share your memories.

Send flowers to the Sanecki family.