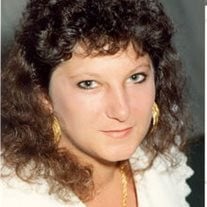 Mrs. Lisa (Monette) LaBonte Cooney, 42, of 12 Leonard St., Adams, died Saturday November 25, 2006, as a result of a motor vehicle accident in New Ashford. She was born in North Adams on August 19, 1964, daughter of Lois J. Sweener of Adams, and the late Robert J. Monette, Sr. She attended schools in North Adams and Adams, including Hoosac Valley High School. Mrs. Cooney graduated from Mildred Elley, Pittsfield, with a business degree in 1992. She worked for many years for the Town of Williamstown Municipal Employees Credit Union. She had also worked for Callahan Sign, Pittsfield. She was a member of St. Mark's Episcopal Church, Adams. Mrs. Cooney was a very loving mother and enjoyed spending time with her family. She also loved the Boston Red Sox and the New England Patriots. She enjoyed playing pool and was involved in many billiard Tournaments. Besides her mother and Stepfather Lew Sweener of Adams, she is survived by her husband Robert M. Cooney whom she married October 3, 1997. 1 Daughter - Trista LaBonte of Adams. 1 Son - Joshua Cote of Adams. 1 brother - Robert J. Monette, Jr. of Bennington, VT. 4 Sisters - Linda M. Sirois of Gardner, Diane Giroux of Rawlins, WY, Donna McIntosh of Cheshire, and Michele Carlow of Adams. Several nieces and nephews, and 4 great nieces and nephews. The funeral will be held on Thursday November 30, at 9:00AM from the Paciorek Funeral Home 13 Hoosac St. Adams, followed by a Requiem Eucharist at 10:00AM in St. Mark's Episcopal Church, Adams. Burial will be at a later date at the convenience of the family. Calling hours are Wednesday from 4:00 to 7:00PM at the funeral home. Memorial donations may be made to the American Cancer Society through the funeral home.

The family of Lisa A. Cooney created this Life Tributes page to make it easy to share your memories.

Send flowers to the Cooney family.