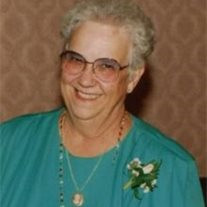 Lillian Dorothy (Keller) Zipperling, 85, of 504 Loop Road, Savoy, a former longtime resident of 10 Powers St. Adams, died Wednesday morning at North Adams Regional Hospital, shortly after being admitted. She was born in Holyoke, MA on February 12, 1920, a daughter of Max and Emma (Meichner) Keller. At the age of six, following the death of her father, she resided with an aunt and uncle, Joseph and Ella (Meichner) Neuman. She attended Adams schools and graduated in 1938 from the former Adams High School. She also attended evening classes at the former Bliss Business School in North Adams. She was the widow of William Paul Robert Zipperling, whom she married in 1941. He died May 8, 1988. She joined the North Adams Transcript in May of 1978 , and worked until February 2000. from 1978 until 1988, she wrote the weekly "Zip's Tips" column for the Transcript. Previously, she was employed in the former Adams office of the Transcript from 1968 until 1976. She then worked full time as a bookkeeper at ALADCO in Adams, and then at the former K-K Home Mart in North Adams. She was a member of the First Congregational Church of Adams. She was Past Matron (1968-69 and 1970-71) of Franklin Chapter 92 Order of the Eastern Star; a deputy Grand Matron of the Grand Chapter of Massachusetts OES (1991-92), and its Mariners and Royal Mariners organizations. She was a former member of the advisory board of the North Adams Assembly of Rainbow for Girls and the recipient of its Grand Cross of Color. She was a member of the Shriner Hillbilly Gals Unit Auxiliary and the Widows of the Melha Shriners, Springfield. She was also a member of North Adams Garden Club, Plainfield Grange 232; member and past Noble Grand of the Golden Link Rebekah Lodge 135; past deputy grand matron to lodges in Shelburne Falls and Charlemont; past president (1962) of the former Philip B. Sayles Women's Relief Corps, and past president (1959 and 1960) of the former W.B. Plunkett Memorial Hospital Auxillary. Both she and her late husband were active members of the 453rd Bombardment Squadron Club, attending many of its annual meetings throughout the country. She was most recently a member of the Savoy Seniors, and enjoyed their many outings. She leaves 3 Daughters - Ann Elizabeth Hawkes and her husband, Ronald, of Conway, MA; Jay Ellen LeBeau of Florida, MA and Lee Ann Zipperling of Savoy, with whom she resided; 2 Granddaughters - Joy Irene Holhut and her husband, Ronald, of Conway, and Kim Marie Hawkes of Easthampton, MA; and several nieces & nephews, grandnieces & grandnephews. She was predeceased by a brother, Arthur H. Keller, and a sister, Louise A. Gross. The funeral will be held on Saturday, October 29th,at 12:30 PM from the AUGE-PACIOREK-SIMMONS Funeral Home, 13 Hoosac St. Adams, followed by services at 1:30 PM in the First Congregational Church of Adams. Rev. Michael Mullany, Pastor, will officiate. Burial will follow in Bellevue Cemetery, Adams. Calling hours are Friday from 4 to 7 PM at the funeral home. Memorial donations may be made to the Savoy Senior Center or to the Shriners Hospital for Children through the funeral home.

The family of Lillian K. Zipperling created this Life Tributes page to make it easy to share your memories.

Send flowers to the Zipperling family.