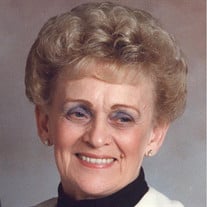 Mrs. Lillian J. (Kolis) Blazejewski, 92, of Adams, died Saturday morning, August 17, 2019, at Williamstown Commons She was born in Adams on January 30, 1927, a daughter of the late Mathew and Catherine (Strzepek) Kolis, and attended Adams schools. Lillian last worked at the former W.R. Grace Co. in Adams, until retiring. Earlier, she had worked at the former Sprague Electric Co. in North Adams. She was a communicant of the Parish of St. John Paul II at St. Stanislaus Kostka Church, Adams, and was a member of the St. Stanislaus Rosary Sodality and the Polish National Alliance. She enjoyed travelling with her late husband to many polka dances throughout the region. Her husband, John J. Blazejewski, whom she married on June 22, 1946, died on December 16, 1995. She is survived by a son, John Blazejewski and his wife, Irene, of Orlando, FL; her daughter, Susan Gancarz of Durham, NC; three grandchildren, who affectionately called Lillian “Hot Stuff” - Brian Blazejewski of Apopka, FL; Brandi Gathy of Madison, WI and Eric Gancarz of Bow, NH; two great grandchildren, Jonathan and Jacob Gancarz; three sisters, Blanche Hoellerich and Ilene LaFrance, both of Cheshire; and Jane Gilman of Adams; and many nieces, nephews, grandnieces and grandnephews. She was predeceased by her brothers, William, Theodore, Edmond, Frederick, Donald and Frank Kolis; and by three sisters, Mildred Zatorski, Isabelle Lanski and Adella Carignan. The funeral will be held on Tuesday, Aug. 20th, at 10:30 AM from the PACIOREK FUNERAL HOME, 13 Hoosac St. Adams, followed by a Liturgy of Christian Burial at 11:00 AM in St. Stanislaus Kostka Church, Adams, celebrated by Rev. Steven Montesanti, Pastor. Burial will follow in St. Stanislaus Cemetery, Adams. Calling hours are Tuesday morning from 9:30 to 10:30 in the funeral home. To leave a message of condolence, please go online to www.paciorekfuneral.com

The family of Mrs. Lillian J. Blazejewski created this Life Tributes page to make it easy to share your memories.

Send flowers to the Blazejewski family.