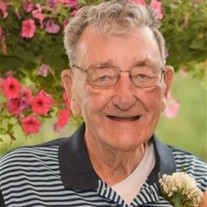 Lewis R. Sweener, born in Pittsfield on May 26,1936 to Lewis C. and Frances Pinney Sweener, died on November 17th at Berkshire Medical Center, surrounded by loving family members. In his early years, Lew engaged himself in all manner of athletics. He earned money working the farms of West Pittsfield where he grew up. Hunting, fishing and running his beagles were lifetime pleasures for him, along with his younger brother Glenn, who predeceased him. At 17, Lew entered the Marines. Upon his honorable discharge from service, he married Sandra Zorbo. They had two sons; Steven (Debbie) and their sons Jeff, Jon and Ben, and Michael (Michalene) and their children Zachary, Samantha (Brett), Jacob (Bridget), Hannah and Aleah (Matt). Lew was married to his second wife Lois for 37 years, until she passed away in 2014. Lew leaves behind Lois’ daughters Michele (Kevin) and their children Matthew, Mitchell, Slayter, Brayton and Ty, also Linda (Al) and their children Daniel and Angela. Lew also left behind several great grandchildren. Lew was a fixture at all the sporting events of his sons and grandchildren. He coached baseball in the West Little League and basketball at The Pittsfield Boys’ Club. Every weekend for years, Lew would load up a carload of young basketball players from The Boys’ Club and head off to a tournament. Lew spent the majority of his work life as a stone mason; mixing mortar, pouring cement and laying brick was his usual workday. He was a rugged guy. He worked hard and by all accounts he played hard in his younger days. He was no stranger to the racetrack and loved to bet the horses. With a pack of Lucky Strikes rolled up in the shoulder of his t-shirt sleeve, and an infinity for a can of Pabst, he was a true product of the 1950’s, sideburns, Marine tattoos and all. He could curse with the best of them. He could be an ornery son of a gun, but he was our ornery son of a gun. But, underneath the gruff exterior, was a soft heart and a man who said his prayers. Symbolically, he passed away in the glow and beauty of The Holy Family Church. Lew also leaves behind sister-in-law Judy Sweener, cousin Marie Davis and dear friends Neal McIntosh, Robin Daly and Marnique Rivera. There will be no calling hours. Spiritual service and burial will be held privately by the immediate family. Donations in Lew’s memory can be made to St. Jude’s Children’s Hospital, c/o Paciorek Funeral Home 13 Hoosac St. Adams, MA 01220.

Lewis R. Sweener, born in Pittsfield on May 26,1936 to Lewis C. and Frances Pinney Sweener, died on November 17th at Berkshire Medical Center, surrounded by loving family members. In his early years, Lew engaged himself in all manner of athletics.... View Obituary & Service Information

The family of Mr. Lewis R. Sweener created this Life Tributes page to make it easy to share your memories.

Send flowers to the Sweener family.