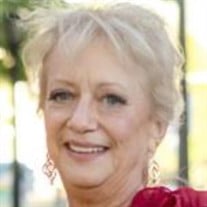 Katherine Jean (Schneider) Clark, 62, of North Adams, died on Thursday, April 30, 2020 at Brigham and Women’s Hospital in Boston after a long and courageous battle with lung cancer. She was born in Adams on September 8, 1957, a daughter of the late Bernard and Carol (Brodeur) Schneider. She attended schools in Adams and graduated from Hoosac Valley High School ‘74. She had also attended the Medical Assistant program at Charles H. McCann Technical High School. Kathy owned and operated the former KC Custom Designs, out of her home, in North Adams for many years as an interior designer. Earlier she had worked for the former Waverly Fabrics in Adams and as a CNA for North Adams Commons as well as years of private home care. Katherine’s greatest joy in life was being with her family, especially her grandchildren, they were her entire world. She always had a love for the outdoors, cooking, sewing, painting and art. She was a music lover, especially country & she loved her reality television and cooking shows. She will always be remembered for her contagious laugh and sense of humor. Kathy was a strong willed, independent woman who had a stubborn streak like nobody’s business. She was loved by all who were blessed to have known her and she always left a lasting impression. She had the biggest heart and the loyalty, devotion and love she had for her children, grandchildren, family and friends was undeniable. Her strength, optimism and perseverance were magical, she always had a smile on her face no matter what life threw her way. “Strong people, even with tears in their eyes, still manage to say I am okay with a smile” and that was her. Her legacy will forever live on in the cherished memories her family holds close in their hearts. She will forever be missed; our loving and beautiful guardian angel. She was a communicant of the former St. Francis of Assisi Church, North Adams. She is survived by her life partner, Thomas Goodermote of North Adams; her four children, Daryl DeMarsico of North Adams, Gregory DeMarsico and his wife Heather of Florida, Hillary Gilman and her husband Cory of Cheshire and Austin Clark and his significant other Nisa of North Adams; four grandchildren, Addison, Paisley, Marley and Logan; her brother, Ronald Schneider; her sister Lynn Love and many nieces, nephews & cousins. She was predeceased by her brother, Michael Schneider. Due to current restrictions, the family has requested funeral services and burial to be held for relatives and friends at a later date. Memorial donations may be made to the Dana Farber Cancer Research, 450 Brookline Ave., Boston, MA 02215.

Katherine Jean (Schneider) Clark, 62, of North Adams, died on Thursday, April 30, 2020 at Brigham and Women&#8217;s Hospital in Boston after a long and courageous battle with lung cancer. She was born in Adams on September 8, 1957, a daughter... View Obituary & Service Information

The family of Katherine J. Clark created this Life Tributes page to make it easy to share your memories.

Send flowers to the Clark family.