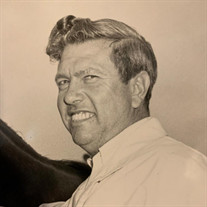 Mr. John Christian Tietgens, 98, of Clarksburg, a longtime local businessman, died Sunday evening, February 20, 2022 at Southwestern Vermont Medical Center in Bennington. He was born in North Adams on July 5, 1923, a son of the late Peter N. and Catherine J. (Vareski) Tietgens. He attended North Adams schools, graduating from Drury High School with the Class of 1941. Mr. Tietgens was a Veteran of World War II, serving with the US Army in both the European and Pacific Theaters, from 1943 until his Honorable Discharge as a Sergeant in 1946. He married his late wife, the former Ellen G. Shields, on April 22, 1944, and they were married just over 73 years when she passed away on June 15, 2017. That same year, they were recognized as the Massachusetts couple married the longest by Marriage Encounters Worldwide. Upon his return from military service, he went to work as a mechanic with his father at the former Pete’s Tire Service in North Adams. He then founded City Taxi in North Adams, and, in 1953 founded JT Bus Lines, starting with only two school buses, until ceasing operations in 2008. He also owned and operated Twin Pines Farm, where he raised championship Shetland ponies, and Hudson Brook Stables, where he raised and trained thoroughbred racehorses. He was a leading owner and trainer at Green Mountain Park in Pownal, VT, which he later purchased. He was a judge at many horse shows and was a member of the National Horseshow Judge’s Association and the Horsemen Benevolent Protective Association and member of Thoroughbred Racing Protective Bureau. He was a charter member of the School Transportation Association of MA; a member of Veterans of Foreign Wars Post 996, North Adams; American Legion Post 90, Pownal, VT. An avid sportsman, he was a charter member of the Stamford Sportsman’s Club, and enjoyed hunting at many locations across North America, including the Yukon, Alaska, and Newfoundland. He and his late wife enjoyed wintering in Jamaica, and later, in Florida, where he had homes in Naples, and later, in Cape Coral. John enjoyed time with his children and their many friends. He taught countless young people how to sit a horse, cast a line, drive a boat, water and snow ski, how to handle a firearm and hunting sportsmanship and reasonability. Everyone was welcomed into John and Ellen’s home for coffee or cocktails. He was a communicant of St. John Bosco Church in Stamford, where he served as chairman of the Parish Council, and earlier, had been a communicant of the former St. Francis of Assisi Church, North Adams. He is survived by a son, John C. Tietgens, Jr. and his wife, Heather-Lynn, of Stamford, VT; three daughters, Joan Calvi and her husband, Bruce, of Clarksburg; and Jane Sullivan and Jean Kurpiel and her husband, Michael, both of Stamford, VT; eleven grandchildren, including Bernard and Jeffrey Calvi; Jennifer Belisle, Justin and Jeremy Sullivan, Christa Marsh, Michael Kurpiel, Jr., Jessica Langenback, John Tietgens III, and Jacob and Jillian Tietgens; sixteen great grandchildren; a sister-in-law, Anne Tietgens of Arizona; his caregiver and close friend, Stephen Chipchase; as well as several nieces nephews, grandnieces, grandnephews and cousins. He was predeceased by his brother, Peter Tietgens, in 2021. The family expresses appreciation for his compassionate care at Southern Vermont Medical Center, and Kindred at Home. The funeral will be held on Saturday, Feb. 26th, at 10:00 AM from the PACIOREK FUNERAL HOME, 13 Hoosac St. Adams, followed by a Liturgy of Christian Burial at 11:00 AM in St. Stanislaus Kostka Church, Adams. Burial with military honors will take place in the spring in Clarksburg Cemetery. Calling hours are Friday from 4 to 7 PM at the funeral home. It is requested that face masks be worn in the funeral home and in the church. Memorial donations may be made to the Clarksburg Volunteer Fire Company, 181 Cross Rd. Clarksburg, MA 01247. To leave a message of condolence, please go online to www.paciorekfuneral.com

The family of Mr. John C. Tietgens created this Life Tributes page to make it easy to share your memories.

Send flowers to the Tietgens family.