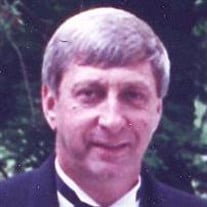 Mr. John A. Sadlow, 74, of Adams, died on Monday, February 11, 2019 at Williamstown Commons. He was born in Adams on October 12, 1944, a son of the late Joseph and Josephine (Podziak) Sadlow. He attended schools in Adams and graduated from the former Adams High School with the class of 1962. Mr. Sadlow was a veteran of the Vietnam War, having served with the United States Army until receiving his Honorable Discharge on July 6, 1967. Following his service with the Army, Mr. Sadlow worked for his brothers business, the former Sadlow’s Auto Body in Adams. He then started his career as a civil engineer for the Massachusetts DCR until his retirement in 2003. One of John’s greatest professional accomplishments was overseeing the restoration of the Mt. Holyoke Summit House in Hadley, MA, during the 1980’s. He was a communicant of the Parish of St. John Paul II at St. Stanislaus Kostka Church, Adams. He was a member of the Adams Post 160 American Legion. He was a lifelong outdoorsman and enjoyed hunting with his brother Jim. He is survived by his wife of 50 years, the former Patricia A. Tomkiewicz, whom he married on September 14, 1968; his daughter, Rebecca Nimmons and her husband Sean of Southampton, MA; his son, Brian Sadlow and his wife Stephanie of Adams; two sisters, Jeannette Persons of Whispering Pines, NC and Patricia Guiel of Ludlow; five grandchildren, Samantha, Seth and Haley Nimmons and Alison and Austin Sadlow; one step grandson, Jeffrey Popielarczyk and many much loved nieces and nephews. He was predeceased by his two brothers, Joseph and James Sadlow. The funeral will be held on Thursday, February 14th at 12:00 Noon in the PACIOREK FUNERAL HOME, 13 Hoosac St., Adams. Burial will follow in Bellevue Cemetery, Adams. Calling hours are Thursday morning from 10:30 A.M. until the time of the service in the funeral home. The family requests the omission of flowers and suggests memorial donations be made to the Adams Outdoorsman for Youth, P.O. Box 122, Adams, MA 01220. To leave a message of condolence, or for directions, please go online to www.paciorekfuneral.com

Mr. John A. Sadlow, 74, of Adams, died on Monday, February 11, 2019 at Williamstown Commons. He was born in Adams on October 12, 1944, a son of the late Joseph and Josephine (Podziak) Sadlow. He attended schools in Adams and graduated from the... View Obituary & Service Information

The family of Mr. John A. Sadlow created this Life Tributes page to make it easy to share your memories.

Send flowers to the Sadlow family.