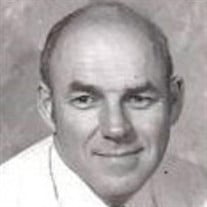 Mr. John A. “Jack” Guettler, 87, of Adams, died Friday morning, January 14, 2022 at his home. He was born in Adams on December 28, 1934, a son of the late George J. Guettler, Jr. and Gladys (Orr) Guettler. He attended Adams schools and graduated from the former Adams High School with the Class of 1955. He served with the US Air Force from 1955 until his Honorable Discharge as an Airman First Class in 1958. Following his discharge, he attended the postgraduate Electrical program at C.H. McCann Technical School in North Adams. Jack worked for the US Navy as a supervisor in the Naval Ordnance division of General Electric Co. in Pittsfield for over 35 years, until retiring in 1996. He was a member of the First Congregational Church, Adams. He is survived by his wife, the former Sandra Viera, whom he married on April 21, 1956; his daughter, Dawn Guettler of Adams; three grandchildren, Sharyl Bedard of Granby, MA , and Nicholas Saunders and Kristopher Saunders, both of Adams; a great granddaughter, Natasha Daley, and several nieces and nephews. He was predeceased by his brother, Richard Guettler, in 2004. Funeral services and burial will be private. There are no calling hours. The PACIOREK FUNERAL HOME, Adams, is in charge of arrangements. To leave a message of condolence, please go online to www.paciorekfuneral.com

The family of Mr John A. Guettler created this Life Tributes page to make it easy to share your memories.

Send flowers to the Guettler family.