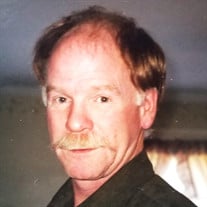 James E. “Puffer” Potter, 70, of Adams, died on Thursday, Jan. 10, 2019 at his home. He was born in Adams on May 3, 1948, a son of the late Edward Ellison and Lillian (Leary) Potter. He attended schools in Adams and graduated in 1966 from the former Adams Memorial High School, where he served as class president. He attended Nichols College in Dudley, Mass. Starting in the mid-1970s, he began a career at Pfizer Inc. in Adams, subsequently Specialty Minerals, Inc., where he worked as a laboratory technician, a supervisor, and a safety specialist until his retirement in 2004. He also coordinated community sports programs and activities as a community service specialist at school facilities in Adams and Cheshire in the early 1970s. He is survived by his two daughters, Megan Segrin and her husband, Scott, of Marlborough and Kaleigh Culver and her husband, Brian, of Conway. He leaves a brother, Richard Potter, and his wife, Mary, of Plainfield, and four grandchildren, Emma, Alanna, Kayla, and Chase. Another granddaughter is due in February. He leaves his former wife, Gloria (Senecal) Potter. A brother, Robert D. Potter, died in 1964. The funeral will be held on Friday, January 18th at 6:00 P.M. in the PACIOREK FUNERAL HOME, 13 Hoosac St., Adams. Burial will be at a later date at the convenience of the family. Calling hours are Friday from 4:00 P.M. to 6:00 P.M. at the funeral home. Memorial donations may be made to the Alert Hose Company, 3 Columbia St., Adams, MA 01220.

The family of Mr. James "Puffer" Potter created this Life Tributes page to make it easy to share your memories.

Send flowers to the Potter family.