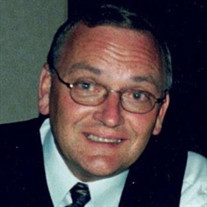 Mr. James Paul Bigelow, 74, of 430 East Housatonic St., Dalton, formerly of Adams, died suddenly at home on Friday, June 26, 2020. Born in Adams on June 6, 1946, the son of the late George and Patricia (Sokolowski) Bigelow, he attended school in Adams including St. Stanislaus Kostka Elementary School and was a 1964 graduate of Adams Memorial High School where he played baseball and basketball. He was a proud recipient of the James Urquhart Memorial Trophy. Jim earned a Bachelor of Science in Biology in 1968 from North Adams State College where he played both basketball and baseball and earned a Masters Degree in Education in 1973. While a senior in college he coached the McCann boys’ basketball team. Mr. Bigelow began his teaching career at St. Joseph’s High School in Pittsfield where he taught biology from 1968 to 1970, and coached the golf team. During this time he also taught a biology class at Belfontaine Seminary in Lenox. He joined the Adams Cheshire Regional School District in 1970 as a science teacher, a position he held until his 2003 retirement. He was famous or infamous for the yearly plant project where students collected, identified, and mounted 100 plants. He believed this project, done in the last several weeks of the school year, was an example of life-long learning, and it became very special to him. He also coached both JV and varsity boys’ basketball at Hoosac Valley for several years. Following his retirement, Jim enjoyed spending time with his family, traveling, mushrooming, watching the Boston Red Sox and golfing, sinking his first hole-in-one in Florida earlier this year. Gardening was a special talent and over the years he grew various vegetables, had peach, pear, and apple trees, raspberries and strawberries. Hanging plants and flower gardens flourished under his green thumb, and caring for his garden and plants was always a labor of love. He is survived by his wife, Sally L. Bigelow née Tetlow, his life and golf partner, whom he married on June 17, 1967, his son Christopher James Bigelow and daughter-in-law Ebru Kardan of Northampton, his daughter Jenna Elise Bigelow and her fiancé Nick Deary of Woburn, three sisters-in-law, Marie Bigelow, Jane Brown, and Lisa Tetlow, brothers-in-law Robert Tetlow and Stephen Brown, and many nieces and nephews. He was predeceased by two brothers, George and Robert Bigelow and by his sister Dorothy Russett. A graveside service will be held under a small tent on Monday, July 6th at 11:00 A.M. in Bellevue Cemetery, Adams. Due to current restrictions, all attending are required to wear a face covering and social distance as best as possible. The family requests you express your care by refraining from hugs and wishes everyone to understand they sincerely appreciate how you feel. The family intends to have a celebration of life at a later date once restrictions are lifted. There are no calling hours. Memorial donations may be made to the James P. Bigelow Scholarship Fund at Hoosac Valley High School, which will be established for students pursuing a degree in the sciences, through the PACIOREK FUNERAL HOME, 13 Hoosac St., Adams, MA 01220, or through GoFundMe at https://gf.me/u/ycm4ma.

The family of Mr. James Paul Bigelow created this Life Tributes page to make it easy to share your memories.

Send flowers to the Bigelow family.