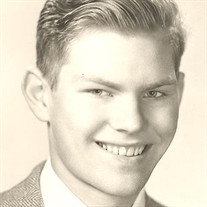 Mr. Henry A. “Hank” Tomkowicz, 89, of Adams, died on Monday, December 9, 2019 at Berkshire Medical Center in North Adams. He was born in Adams on May 5, 1930, son of the late Andrew and Josephine (Zajac) Tomkowicz. He attended schools in Adams and graduated from the former Adams High School with the class of 1948. Mr. Tomkowicz was a veteran of the Korean Conflict, having served with the United States Air Force. Following his military service, Mr. Tomkowicz went to work for the former Arnold Print Works in Adams until going to the former General Electric Company in Pittsfield, working in the power transformer division until his retirement. He was a communicant of the Parish of St. John Paul II at St. Stanislaus Kostka Church, where he had been a leader in the vigil to keep the church open. He was an AVID Hoosac Valley and UMass Sports fan. He played on the Adams Softball League for many years and had coached with the Adams Little League for 25 years. During the summer he would run “Dziadziu’s Softball Camp” for his three granddaughters. He was a member of the Adams Turners, where he enjoyed bowling and playing volleyball. He loved golfing, cooking, traveling and spending time with his family, especially his granddaughters. He is survived by his wife, the former Norma Bernardara, whom he married on June 30, 1962; two sons, Stephen Tomkowicz and his wife Amy of Williamstown and Brian Tomkowicz and his wife Rachel of Adams; a daughter, Kathleen Sheerin of Pittsfield; three granddaughters, Alyssa, Heather and Caroline Tomkowicz; as well as many nieces and nephews. He was predeceased by his sister Helen Morin. The funeral will be held on Saturday, December 14th at 9:00 A.M. from the PACIOREK FUNERAL HOME, 13 Hoosac St., Adams, followed by a Liturgy of Christian Burial at 10:00 A.M. in St. Stanislaus Kostka Church, Adams, celebrated by Rev. Steven Montesanti, Pastor. Burial will follow in St. Stanislaus Kostka Cemetery. Calling hours are Friday from 4:00 P.M. to 7:00 P.M. at the funeral home. Memorial donations may be made to the Adams Little League, P.O. Box 302, Adams, MA 01220 or to the Parish of St. John Paul II for the St. Stanislaus Steeple Fund, P.O. Box 231, Adams, MA 01220.

The family of Mr. Henry "Hank" Tomkowicz created this Life Tributes page to make it easy to share your memories.

Send flowers to the Tomkowicz family.