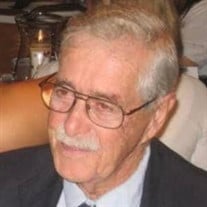 Mr. Harry Taft Horn, 89, of Adams, died on Friday, June 3, 2022, at his home. He was born in Adams on March 22, 1933, a son of the late Joseph and Viola (Taft) Horn. He attended schools in Adams. Mr. Horn was a Veteran of the Korean Conflict, having served with the United States Navy until receiving his Honorable Discharge on November 3, 1955. Mr. Horn last worked as the rural letter carrier for the United States Post Office in Hinsdale until retiring. Earlier he had worked for the Adams Post Office and the former Arnold Print Works, Adams. He was a member of the Adams Post 160 American Legion. He was an avid bowler and enjoyed playing pool. He is survived by his wife of 68 years, the former Marjorie L. Robinson, whom he married on October 31, 1953; his daughter Cheryl Horn and her companion Michael Harrington of Fort Walton Beach, FL; his son Peter Horn and his wife Melinda of Adams; his sister, Beverly Reagan of Keene, NH; two half brothers, Andrew Horn of Cheshire and Alfred Horn of Adams; four grandchildren, Kristen Hartman, Michael Lawson, Ryan Horn and Kaylee Malloy; two great grandchildren, Leo Malloy and Liam Hartman as well as many nieces and nephews. He was predeceased by two brothers, Charles and Thomas Horn and by two sisters, Joan Hyndman and Bertha Horn. Funeral services and burial will be private for the family. There are no calling hours. Memorial donations may be made to the Adams Council on Aging, 3 Hoosac St., Adams, MA 01220.

The family of Mr. Harry T. Horn created this Life Tributes page to make it easy to share your memories.

Send flowers to the Horn family.