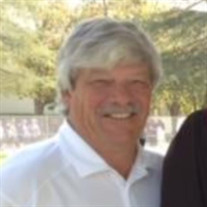 Gregory E. Duval, 69, of Pownal, VT, and a proud native of Adams, MA, passed away unexpectedly in his sleep on Wednesday, March 17, 2021. Greg, as he was known to everyone, was born on November 19, 1951, in Adams, a son of Rolland G. Duval and the late Catherine (Hannan) Duval. He graduated from Notre Dame Elementary School and from Adams Memorial High School with the class of 1969. He received his bachelor’s degree in sports administration from Arizona State University and later pursued graduate studies in the Department of Exercise and Sport Science at the University of North Carolina, Chapel Hill. He leaves his beloved wife of 31 years, Christina (Lussier) Duval. They married on April 22, 1989, at Notre Dame Church, Adams. He also leaves three cherished sons: Christopher of Dallas, TX; Nicholas of Pownal, VT; and Dillon of Atlanta, GA. Above all, Greg was a loving and caring husband, parent, son and brother. After family, Greg’s lifelong passions were sports, particularly golf, pool and volleyball. He was a two-time winner of the annual pool championship at Arizona State, netting a place in national competitions. An avid traveler in his earlier years, he spent time in Korea earning a black belt in tae kwon do. As an enthusiastic golfer, his favorite vacation was an anniversary golf trip with Tina to Myrtle Beach, South Carolina. Greg was a longtime member of the Adams Turners and a dedicated player on its volleyball team for many years. That team morphed into a weekly winter card-playing and summer golfing group where he was known, as he was to everyone else in his wide circle, as the most loyal and faithful of friends. At the time of his death, Greg was employed by H&R Block in North Adams and as a volleyball referee for college, high school and club organizations in Vermont, Massachusetts and New York. Previously he operated his own painting and wallpapering business, G.G. Hannan. Over the course of a long career, he also worked as a tax preparer, bartender, staff painter at Equinox Hotel in Manchester, VT, and groundskeeper for Waubeeka Golf Links in Williamstown and Hoosick Falls Country Club in Hoosick Falls, NY. Other survivors include his father Rolland and stepmother Anne Duval of Warwick, RI; two brothers, Gilbert (Virginia) and Geoffrey Duval, both of Adams; and many in-laws, nephews, nieces and cousins. Calling hours at the PACIOREK FUNERAL HOME, 13 Hoosac St. Adams, will be held on Tuesday, March 23rd, from 11 AM until 1 PM. Due to current regulations, use of face masks and social distancing will be strictly enforced. Due to current state gathering restrictions, only a limited number of visitors will be allowed in the funeral at any one time, so admittance to the funeral home may take longer than usual; we ask for your patience. Funeral services and burial will be private. Memorial donations may be made to the American Heart Association, 300 5th Avenue, Suite 6, Waltham, MA 02451.

The family of Mr. Gregory E. Duval created this Life Tributes page to make it easy to share your memories.

Send flowers to the Duval family.