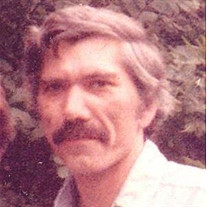 Mr. Gerald Clifford “Jerry” Lord, Jr., 72, of Adams, died Monday evening, Dec. 9, 2019 at his home. He was born in Adams on December 22, 1946, son of the late Gerald Lord, Sr. and Violet (Mille) Lord. He attended Adams schools, and graduated from the former Adams Memorial High School. He also attended Berkshire Community College and the former North Adams State College (now MCLA). Jerry worked at the former W.R. Grace Co. and their successor, McDermid Polyfibron Corp. for over 30 years, until retiring. He then worked as a manager for the Goodwill Industries stores in Pittsfield. He was a member of All Saints Episcopal Church, North Adams, and of the former St. Mark’s Episcopal Church, Adams. He enjoyed music, travelling at home and abroad, and was a lifelong member of the National Geographic Society. He is survived by his wife of 45 years, the former Joan Roche, whom he married on August 23, 1974; two daughters, Michelle Lord of Adams, and Cassandra (Cassie) and her partner, Robert Slater, of North Adams; his grandsons, Jacob Mack and Cash Kolodziej; three sisters, Ruth Clairmont of Adams, Carol Hancock and her husband Dave of North Adams, and Barbara Lorenz and her husband, Steve, of Plant City, FL; as well as many nieces and nephews. Besides his parents, he was predeceased by his sister, Patricia Guettler, and her husband, Richard. A Memorial Service will be held on a date to be announced in the Spring at All Saints Episcopal Church, followed by a gathering in the church hall. There are no calling hours. Memorial donations may be made to Pop Cares, PO Box 482, Williamstown, MA 01267. The PACIOREK FUNERAL HOME, Adams, is in charge of arrangements. To leave a message of condolence, please go online to www.paciorekfuneral.com

The family of Mr. Gerald C. Lord Jr. created this Life Tributes page to make it easy to share your memories.

Send flowers to the Lord family.