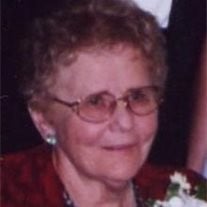 Mrs. Flora Katherine "Florence" (Nowak) Szymanski, 81, of 120 Friend St. Adams, died Thursday evening, August 11, 2005, at North Adams Regional Hospital. She was born in Adams on April 5, 1924, a daughter of the late Jan and Agata (Rogowski) Nowak. She attended Adams schools, and graduated from the former Adams High School with the Class of 1942. Mrs. Szymanski worked in the accounting department of the former Sprague Products Co. in North Adams for 27 years, until retiring in 1984. She was an active communicant of St. Stanislaus Kostka Church, Adams, where she served as a Lector and a volunteer on many parish committees, including the Bazaar and picnic committees. She was a member of the St. Stanislaus Rosary Sodality and St. Cecelia's Choir. She was a member and past president of the St. Stanislaus Parent-Teacher Group; the former TMTM Club, St. Michael's Society and was a member of the Adams World Day of Prayer committee. She was also a volunteer for many years at North Adams Regional Hospital She enjoyed knitting, bowling and baking cakes. She is survived by her husband of 58 years, John G. Szymanski, whom she married on August 30th, 1947; 2 sons - David Szymanski and his wife, Elizabeth, of Bellevue, Nebraska; and Paul Szymanski and his wife, Arlene, of Attleboro, MA; 2 brothers - Chester Nowak of Charlevoix, Michigan; and Edmund Nowak of Clinton Township, Michigan; 3 Sisters - Josephine Carpenter of Stony Point, New York; Genevieve Kornbacher of Troy, Michigan; and Monica Nowak of Adams; 5 Grandchildren - Laura Szymanski and Kate Wiedemann, both of Bellevue, Nebraska; Kerri Nighelli of Plymouth, MA; Mark Szymanski of Attleboro, MA and Kyle Szymanski, stationed with the US Marine Corps in Japan; and several nieces, nephews, grandnieces & grandnephews. She was predeceased by a brother, Stanley Nowak. The funeral will be held on Monday, August 15, at 9:00 AM from the AUGE-PACIOREK-SIMMONS Funeral Home, 13 Hoosac St. Adams, followed by a Liturgy of Christian Burial at 10:00 AM in St. Stanislaus Kostka Church, celebrated by Rev. Daniel J. Boyle, Pastor of the Catholic Parishes of Adams. Burial will follow in St. Stanislaus Kostka Cemetery, Adams. Calling hours are Sunday from 4 to 7 PM at the funeral home. Members of the St. Stanislaus Rosary Sodality will meet at the funeral home Sunday at 3:45 PM to pay their respects and recite the Rosary. Memorial donations may be made to St. Stanislaus Kostka School through the funeral home.

The family of Flora K. Szymanski created this Life Tributes page to make it easy to share your memories.

Send flowers to the Szymanski family.