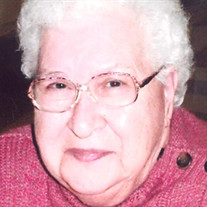 Mrs. Evelyn Bernice (Kuczynski) Harrison, 83, of Adams died on Wednesday, November 21, 2018 at North Adams Commons after a long illness. She was born in Adams on March 30, 1935, daughter of the late Boleslaw and Bertha (Nowak) Kuczynski. She attended schools in Adams and graduated from the former Adams High School. She then attended Baypath Junior College. Mrs. Harrison was primarily a homemaker but had worked as a Pharmacy Technician at Price Chopper Supermarket in Pittsfield. She was a communicant of the Parish of St. John Paul II at St. Stanislaus Kostka Church, Adams. Her husband, Chester A. Harrison, whom she married on June 19, 1954, died on February 3, 2013. She is survived by her son, Paul Harrison of Cheshire; her daughter, Suzanne Rougeau and her husband Gary of Adams; a son-in-law William Smith of Whately; three grandchildren, Timothy Rougeau and his wife Sarah of Adams, Renee Rougeau of Austin, TX, and Zachary Harrison Smith of Whately; one great grandson Wills Rougeau of Adams and many nieces and nephews. She was predeceased by her daughter Kathleen Smith and by three brothers, Walter, Edwin and William Kuczynski. The family would like to thank the staff at Hospice Care in the Berkshires for the wonderful and compassionate care given to Evelyn. The funeral will be held on Saturday, December 1st at 10:00 A.M. from the PACIOREK FUNERAL HOME, 13 Hoosac St., Adams, followed by a Liturgy of Christian Burial at 10:30 A.M. in St. Stanislaus Kostka Church, Adams. Burial will follow in St. Stanislaus Cemetery, Adams. Calling hours are Saturday from 9:00 A.M. to 10:00 A.M. at the funeral home. Memorial donations may be made St. Jude Children’s Research Hospital, 501 St. Jude Place, Memphis, TN 38105 or to Shriners Hospital for Children, 516 Carew St., Springfield, MA 01104.

Mrs. Evelyn Bernice (Kuczynski) Harrison, 83, of Adams died on Wednesday, November 21, 2018 at North Adams Commons after a long illness. She was born in Adams on March 30, 1935, daughter of the late Boleslaw and Bertha (Nowak) Kuczynski. She... View Obituary & Service Information

The family of Mrs. Evelyn B. Harrison created this Life Tributes page to make it easy to share your memories.

Send flowers to the Harrison family.