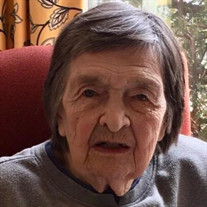 Eunice M Langer. 94, of Adams, died Sunday, January 10,2021 at Van Rensselaer Manor, Troy, NY. She was born in Adams in 1926, daughter of Gustave and Mary (Porter) Langer. She attended Adams schools and graduated from the former Adams High School with the class of 1945. She then began a 43 year career with General Electric in Pittsfield. During that time, she earned her Bachelor of Arts from the former North Adams State College in 1975. She retired from GE in 1991. She provided loving care to her mother, Mary, until her passing in 1990. She loved photography, for which she had won several local awards, as well as golfing, trips to Hampton Beach and her beloved dogs. She was a communicant of St. John Paul II Parish and had been long time communicant of the former St. Thomas Aquinas Church of Adams. She is survived by her two nieces, Anna Skorupski and her husband Edward of Stillwater, NY, Nora M. Curran and her husband Michael of Manchester, NH, her nephew Thomas J. Langer, and his wife Andrea of Fernandina Beach, FL. Her grandnieces Jessica Langer of Manchester, NH, Sara Curran of Concord, NH and her grandnephew Timothy Curran of Manchester, NH. She was predeceased by her parents, her brother F. Raymond Langer, sister-in law Clare E Langer, niece Sara F Langer, as well as numerous aunts and uncles. The family would like to thank the staff of Van Rensselaer Manor for the kind and devoted care to Eunice over the years. There will be a private family service. For those who wish, memorial donations in Eunice’s memory can be made to The Berkshire Humane Society, 214 Barker Rd. Pittsfield, MA 01201, or the St. John Paul II Charity Center, PO Box 231, Adams, MA 01220. The PACIOREK FUNERAL HOME, Adams, is in charge of arrangements. To leave a message of condolence, please go online to www.paciorekfuneral.com

The family of Eunice M. Langer created this Life Tributes page to make it easy to share your memories.

Send flowers to the Langer family.