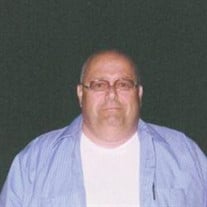 Mr. Ernest G. Gamache, Sr., 78, of Vermont, a native of North Adams and longtime local businessman, died Thursday, February 4, 2021, at Porter Medical Center in Middlebury, VT. He was born in North Adams on July 20, 1942, a son of the late Ernest A. and Mary A. (Modena) Gamache. He attended North Adams schools, graduating from Drury High School with the Class of 1961. He received his Associate’s Degree in Accounting from Bentley College in 1964, and also completed the Banking Administration course at the University of Wisconsin. Ernie founded Ernie’s Auto Sales in North Adams in 1977, and operated the business until 2004, when he retired and the business was taken over by his sons. He moved to Vermont in 2002. Earlier, he worked as the Controller at Berkshire Bank, and still earlier, was accounting manager and controller at the former General Cable Corp. Ernie was also a former member and past Chairperson of the City of North Adams Zoning Board of Appeals for many years. He was active with the Boy Scouts of America, where he had attained the rank of Eagle Scout, and was accepted into the Order of the Arrow, which is the highest rank in Scouting in America. Ernie had been a communicant of St. Elizabeth of Hungary Church, North Adams, and loved fishing on Lake Champlain. He is survived by his wife, the former Holly M. Heisler, whom he married on August 29, 1964; his children, Kevin Gamache and his wife, Shannon, of North Adams, T. Bart Gamache and his partner, Jeanette Kopczynski, of Windsor; Annette Czarnecki of Williamstown; and Ernest Gamache, Jr. and his wife, Kathleen, of Williamstown; his sister, Mary Anne B. Carter, of North Adams; as well as ten grandchildren. A Liturgy of Christian Burial will be held on Tuesday, February 9th, at 11:00 AM in St. Elizabeth of Hungary Church, North Adams. Burial will follow in Southview Cemetery, Calling hours at the PACIOREK FUNERAL HOME, 13 Hoosac St. Adams, will be Monday from 5 to 7 PM. Due to current public health regulations, use of face masks and social distancing will be strictly enforced at the church, cemetery and funeral home. We ask those attending calling hours to please be patient, as admittance may take a bit longer the usual due to current crowd gathering regulations. Memorial donations may be made to St. Jude Children’s Research Hospital, 501 St. Jude Place, Memphis, TN 38105. To leave a message of condolence, please go online to www.paciorekfuneral.com

The family of Mr. Ernest G. Gamache Sr. created this Life Tributes page to make it easy to share your memories.

Send flowers to the Gamache family.