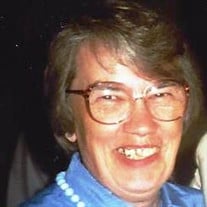 Dorothy M. (Griffel) Denault of Adams passed away at the age of 95 on May 15, 2019. She was born on September 27, 1923, the daughter of Anna and Paul Griffel formerly of Adams. She was predeceased by her late husband, William C. Denault of Adams, who passed away September 2018. Their son, David Denault died in May of 1974. She also had one brother Matthew Griffel, formerly of Ohio and a sister Elizabeth Carlow, formerly of Clarksburg, Ma. Dorothy grew up in Adams and attended local schools, graduating from Adams High School. She was a payroll clerk in the former Berkshire Mills in Adams. Dorothy and William were married on November 24, 1951 and resided in Adams for their whole lives. She was passionate about reading and discovering new ideas. She took classes at Berkshire Community College in Anthropology and History. She loved traveling with her husband and family all over the world, Ireland, France, Germany, Italy, Switzerland, Mexico and across the U.S., especially summer visits to the Cape with close friends. She was devoted to making her family happy, taking her children skiing while her husband worked, a great cook and entertainer, a great badminton and tennis partner. She remembered everything and anything about anyone in Adams. If you needed to know something, you could ask her, especially about local sports heroes. She enjoyed her long life and she will be deeply missed. She is survived by a daughter, Susan Denault of New Ashford and her partner, Michael Donlon. She is also survived by a sister-in-law, Isabelle Denault and her son Robert of Reading, Ma. and three nieces Mary Ellen Carlow Hastings and her two daughters, Caroline and Julianna of Colorado, Barbara Engel of Kansas City, MO and Tacy Griffel of Ohio and one nephew David C. Griffel of Ohio. Other close relatives on her husband’s side are Donna Sawyer and her husband Fred of Savoy, and Robert Clark and his wife Penny of North Adams. She was a communicant of the Parish of St. John Paul II at Notre Dame des Sept Douleurs Church, Adams, and had been a longtime active communicant of the former St. Thomas Aquinas Church, Adams. The funeral will be held on Thursday, May 23rd, at 12:00 Noon in the PACIOREK FUNERAL HOME, 13 Hoosac St., Adams, officiated by Rev. Steven Montesanti, Pastor of the Parish of St. John Paul II, Adams. Burial will follow in Bellevue Cemetery, Adams. Calling hours Thursday morning from 11:00 A.M. until the time of the service, at the funeral home. In Lieu of flowers Memorial donations may be made to Hospice Care in the Berkshires, 877 South St., Pittsfield, MA 01201.

Dorothy M. (Griffel) Denault of Adams passed away at the age of 95 on May 15, 2019. She was born on September 27, 1923, the daughter of Anna and Paul Griffel formerly of Adams. She was predeceased by her late husband, William C. Denault of... View Obituary & Service Information

The family of Mrs. Dorothy M. Denault created this Life Tributes page to make it easy to share your memories.

Dorothy M. (Griffel) Denault of Adams passed away at the age...

Send flowers to the Denault family.