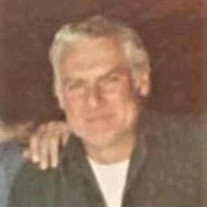 Donald J. Kozik, 90, of Adams, died Saturday, November 27, 2021 at Berkshire Medical Center in Pittsfield. He was born in Adams on December 14, 1930, son of the late Isadore and Adele (Rymarski) Kozik, and attended Adams schools, graduating from the former Adams High School with Class of 1948. He was a Veteran of the Korean War, serving with the US Marine Corps from 1952 until his Honorable Discharge in 1954. Donald was a well-known building contractor and had built many fine homes in the Berkshire County area. He was also an accomplished cabinetmaker and woodworker. He was a communicant of St. Stanislaus Kostka Church, Adams, and was a member of Adams Post 160 American Legion. He enjoyed hunting, fishing, snowmobiling, and spending time with his family. His wife, the former Doreen (Holt) St. Cyr, whom he married on October 15, 1982, died on February 6, 2009. He is survived by his children Paul Kozik (Jo-Anne Sebastino) of Windsor, John Kozik (Ann) of Savoy; and Ann Koczela (Brian) of Windsor; his sister, Barbara McKenna (James) of Adams; 9 grandchildren, 1 great grandchild, and many nieces, nephews, grandnieces and grandnephews. Funeral services and burial will be private. There are no calling hours. Memorial donations may be made to Adams Post 160 American Legion, 160 Forest Park Ave. Adams, MA 01220. The PACIOREK FUNERAL HOME, 13 Hoosac St. Adams, is in charge of arrangements. To leave a message of condolence, please go online to www.paciorekfuneral.com

The family of Mr. Donald J. Kozik created this Life Tributes page to make it easy to share your memories.

Send flowers to the Kozik family.