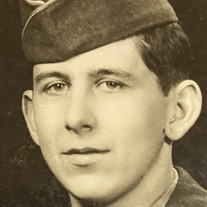 Mr. Donald F. Dellert, 83, formerly of Adams, died Wednesday evening, January 19, 2022, at Milford Regional Medical Center in Milford, MA. He was born in Adams on July 19, 1937, son of the late George H. and Esther A. (Guettler) Dellert. He attended Adams schools and the former St. Joseph High School, North Adams. He served with the US Army from 1955 until his Honorable Discharge as a Private First Class in 1958. Don worked in the Power Transformer division of General Electric Co. in Pittsfield until his retirement. He was also the owner of the former Idyll Gift Shop in Adams from 1987 until 1999. He was a member of the Adams Historical Society and the NoBeSoVe Mountaineers camping club. He and his late wife enjoyed traveling in their motor home with other camping club members. His wife, the former Ann M. DeMayo, whom he married on June 3, 1960, died on June 13, 2003. He is survived by two daughters, Kathryn Kothlow and her husband, John, of Riverside, CA and Karen Richert and her husband, William, of Franklin, MA; six grandchildren, Matthew, Timothy and Eileen Kothlow of Laguna Niguel, CA; Erin Kothlow of Aptos, CA; and Nicholas and Christopher Richert of Franklin, MA, as well as several nieces, nephews, grandnieces and grandnephews. He was predeceased by his sisters Marguerite Fern and Dorothy Ascevich. Funeral Services and burial will be private. There are no calling hours. Memorial donations may be made to the Adams Historical Society, 92 Park St. Adams, MA 01220. The PACIOREK FUNERAL HOME, Adams, is in charge of arrangements. To leave a message of condolence, please go online to www.paciorekfuneral.com

The family of Mr. Donald F. Dellert created this Life Tributes page to make it easy to share your memories.

Send flowers to the Dellert family.