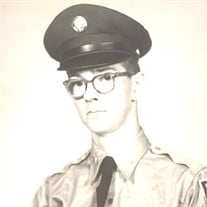 Mr. David D. Adams, Jr., 76, of North Adams, died Friday, January 10, 2020, at Berkshire Medical Center in Pittsfield. He was born in Adams on March 21, 1943, a son of the late David D. and Veronica R. (Tomkiewicz) Adams, and attended North Adams schools, graduating from the former St. Joseph’s High School with the Class of 1961. David last worked for the former Cariddi Wholesale Co. in North Adams for many years. He had been a communicant of the former St. Francis of Assisi Church, North Adams. He is survived by a sister, Lynda LaFrance-Sherman of North Adams; a nephew, James LaFrance of Savoy; two nieces, Trista LaFrance and Jennifer Risch, both of North Adams; as well as 11 grandnieces and grandnephews. He was predeceased by a brother, Ronald Adams, who died May 25, 2005; and by a niece, Barbara LaFrance, who died May 14, 2007. Funeral services and burial will be private. There are no calling hours. Memorial donations may be made to Northern Berkshire EMS, 10 Harris St. North Adams, MA 01247. The PACIOREK FUNERAL HOME, Adams, is in charge of arrangements. To leave a message of condolence, please go online to www.paciorekfuneral.com

The family of Mr. David D. Adams Jr. created this Life Tributes page to make it easy to share your memories.

Send flowers to the Adams family.