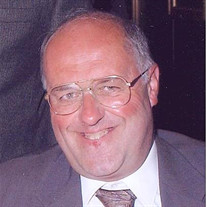 Mr. Daniel P. LaPlante, 67, of Adams, died Thursday afternoon, October 10, 2019, at Berkshire Medical Center. He was born in Adams on July 14, 1952, a son of Bernard and Bernice (Dupee) LaPlante. He attended Adams schools, graduating from the former Adams High School with the Class of 1970. He then took numerous college and professional courses over several years. Dan was an Emergency Medical Technician with Adams Ambulance Service, and was the general manager of the service for many years, until retiring in 2016 after 36 years of dedicated service. He had also lived in Cheshire for several years until returning to Adams. Dan was a longtime member of the Cheshire Fire Department, and retired as a Captain after many years of service. He was also a licensed real estate agent with Steepleview Realty in Adams, and had also worked at the former Waverly Fabrics in Adams for several years. He was a communicant of the Parish of St. John Paul II at Notre Dame des Sept Douleurs Church in Adams, where he was a longtime volunteer for the parish Meals Ministry for the less fortunate. He enjoyed bowling and travelling. Besides his parents, of Adams, he is survived by his wife of 47 years, the former Carol Oltsch, whom he married on November 3, 1972; a daughter, Darlene Vanier and her husband, Michael, of Spring, TX; a brother, Michael LaPlante and his wife, Cynthia, of Cheshire; two grandchildren, Angela Manning and Brittany Guilfoyle; two great grandchildren, Elijah Manning and Isabella Guilfoyle; and his brother in law, Donald Oltsch and his wife, Patricia, of Cheshire. A Liturgy of Christian Burial will be celebrated Thursday, Oct. 17th, at 11:00 AM in Notre Dame des Sept Douleurs Church, McKinley Square, Adams, celebrated by Rev. Steven Montesanti, Pastor. Burial will follow in Bellevue Cemetery, Adams. Relatives and friends are invited to attend. There are no calling hours. Memorial donations may be made to Pop Cares, PO Box 482, Williamstown, MA 01267; or to Adams Ambulance Service, 185 Columbia St. Adams, MA 01220. The PACIOREK FUNERAL HOME, Adams, is in charge of arrangements. To leave a message of condolence, please go online to www.paciorekfuneral.com

Mr. Daniel P. LaPlante, 67, of Adams, died Thursday afternoon, October 10, 2019, at Berkshire Medical Center. He was born in Adams on July 14, 1952, a son of Bernard and Bernice (Dupee) LaPlante. He attended Adams schools, graduating from the... View Obituary & Service Information

The family of Mr. Daniel P. LaPlante created this Life Tributes page to make it easy to share your memories.

Send flowers to the LaPlante family.