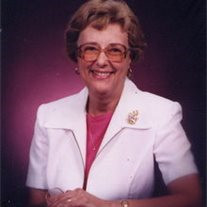 Mrs. Constance Ellen (Simpson) Robinson, 68, of 50 Stonehedge Road, Cheshire, died Tuesday morning at her home. She was born in Hudson Falls, New York, on February 3, 1937, a daughter of Wilbur F. and Jeannette (Bullis) Simpson. She attended Hudson Falls schools, and graduated from Hudson Falls Central High School in 1954. She had lived in Cheshire for the past 50 years. Mrs. Robinson was a homemaker all of her life. She was a prolific creator of arts and crafts, enjoyed sewing, and was a member of a local quilting group. She was a member of the First Congregational Church of Adams. She is survived by her husband of 50 years, Charles E. Robinson, whom she married on July 23, 1955; 2 sons - Robert Robinson and his wife, Shirley, of Greenville, New York; and Thomas Robinson and his wife, Olivia Morrissette, of Effingham, New Hampshire; 1 Daughter - Betty Iannitelli and her husband, Robert, of Williamstown; 1 brother - Frederick Simpson of Hudson Falls, N.Y.; 1 Sister - Dorothy Burch of Hudson Falls, New York; 6 Grandchildren - Mitchell Perry and Gina Iannitelli, both of Williamstown; Richard Pierce and Joe Robinson, both of Pittsfield, MA; Jamin Robinson of Maine, and Jessica Markham of Utah; 1 Great Grandson - Matthew Pierce of Pittsfield; and several nieces & nephews. The funeral will be held on Saturday, August 20, at 11:00 AM in the First Congregational Church of Adams. Rev. Michael Mullany, Pastor, will officiate. Calling hours at the AUGE-PACIOREK-SIMMONS Funeral Home, 13 Hoosac St. Adams, are Friday from 1 to 4 PM. Memorial donations may be made to HospiceCare in the Berkshires through the funeral home.

The family of Constance E. Robinson created this Life Tributes page to make it easy to share your memories.

Send flowers to the Robinson family.