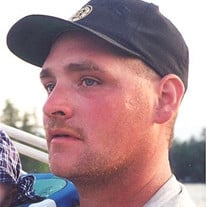 Christopher J. Delorey, 47, of Adams, died on Monday, January 13, 2020, at his home. He was born in North Adams on October 1, 1972, son of Joel Delorey and the late Sandra (Bennett) Delorey. He attended schools in Adams and graduated from Hoosac Valley High School as a part of the class of 1991. Besides his father of Dudley, MA, he is survived by his two children, Christopher J. Delorey, II (with his long-term girlfriend Sarah Marie Pansecchi) of Adams and Autumn Delorey of Williamstown; one sister, Robin Potter and her wife Kathy Herzog of Canton, MA; two brothers, Kevin Potter of Adams and Raymond Potter and his wife Cheryl of Lynn, MA; three nieces and nephews, including, Cody Potter and his wife Courtney of Groveland, MA and Dylan and Rebecca Potter, both of Lynn. Chris is also survived by many aunts, uncles, cousins and friends. When he was well, Chris was a skilled carpenter and lineman, a hard worker, a devoted father/son/brother, and a loyal friend. He enjoyed cooking, fishing, hunting, and camping. As is becoming a well- known story for many people and families, he succumbed to addiction problems after he sustained injuries, and became dependent on opiates for pain management. Addiction threw a long shadow over Chris’s life and his ability to be wholeheartedly in his life. He was a loving and generous person, but he struggled to be fully involved in his children’s lives, whom he loved dearly; and it was hard for him to be emotionally and physically available to his late mother and other family members. Too often, Chris's problems with alcohol and drugs took over, and it was a battle for much of his life for him to keep and hold meaningful work, be a consistent parent, or the son and brother he wanted to be. In this sudden void that has been created by Chris’s untimely death, we who knew him prefer to remember him in the sunnier days of his youth and early adulthood where his intelligence, handsome good looks, and sweet demeanor prevailed. Chris’s funeral will be held on Saturday, February 1, 2020 at 2:00 P.M. in the PACIOREK FUNERAL HOME, 13 Hoosac St., Adams. Burial will be at a later date in the Spring. Calling hours are Saturday February 1st from 12:00 P.M. until the time of the service in the funeral home. Memorial donations to defray the costs of funeral and burial can be made to his son Christopher J. Delorey, II through the funeral home.

Christopher J. Delorey, 47, of Adams, died on Monday, January 13, 2020, at his home. He was born in North Adams on October 1, 1972, son of Joel Delorey and the late Sandra (Bennett) Delorey. He attended schools in Adams and graduated from Hoosac... View Obituary & Service Information

The family of Mr. Christopher J. Delorey created this Life Tributes page to make it easy to share your memories.

Send flowers to the Delorey family.