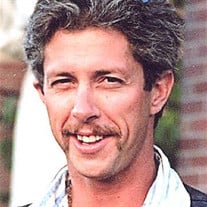 Mr. Charles “Chip” Shepard, 54, of Adams, died on Sunday, March 17, 2019 at his home. He was born in Adams on July 29, 1964, son of Virginia “Ginger” (Welch) Shepard and the late Charles Shepard. He attended schools in Adams and graduated from the Charles H. McCann Technical High School. Chip last worked as a foreman and crane operator for Unistress Corporation in Lanesborough until retiring. He was a communicant of the Parish of St. John Paul II, Adams. Besides his mother of Adams, he is survived by his fiancé, Laurie Knights of Adams; his son, Brett Shepard of North Adams; his daughter, Samantha Shepard of Adams; his granddaughter Addisyn Shepard of North Adams; six brothers, Mark Shepard of Adams, Scott Shepard and his wife Dawn of Clarksburg, Todd Shepard and his wife Sandra of Pittsfield, Timothy Shepard and his wife Lori of Stamford, VT, Duane Shepard of Cheshire and Damian Shepard and his husband Brian of Adams; two sisters, Christine Gamari and Marie Johnson and her husband David, all of Clarksburg; and by many nieces and nephews. The funeral will be held on Friday, March 22nd at 6:00 P.M. in the PACIOREK FUNERAL HOME, 13 Hoosac St., Adams, officiated by Rev. Steven Montesanti, Pastor of the Parish of St. John Paul II, Adams. Burial will be at a later date. Calling hours are Friday from 4:00 P.M. until the time of the service at the funeral home. The family requests the omission of flowers.

The family of Mr. Charles "Chip" Shepard created this Life Tributes page to make it easy to share your memories.

Send flowers to the Shepard family.