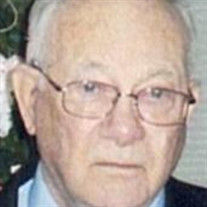 Carl W. Cahoon 92, of 8 Spencer Road, North Adams, died at Williamstown Commons Nursing Home in the late evening of April 15, 2020. The Cahoon family wants to express their sincere gratitude to the dedicated staff at Williamstown Commons Nursing Home during these trying times. He was born in Fall River, Massachusetts on August 23, 1927, a son of the late Frank B. Cahoon and Alice G. (Rasmussen) Cahoon. He attended Swansea High School in Swansea Massachusetts. He had lived in Clarksburg for many years and retired to the State of Florida for 25 years, before returning to North Adams in 2007. He joined the U.S. Navy on November 19, 1944 serving until August 26, 1948. While in the Navy he was assigned to the Seabees and served in the Pacific Theatre during World War II. Mr. Cahoon and his five brothers, Freeman, Frank (Cal), Everett, Douglas and Kenneth (Kenny) were all in the armed services at the same time during World War II. Mr. Cahoon last worked as a millwright at the General Electric power transformer division in Pittsfield for 22 years until retiring in 1988; he also worked for Hyster forklift for a number of years throughout the southeastern Massachusetts and Rhode Island areas including Cape Cod, Fall River and the Providence areas; he had also worked at the former Arnold Print Works in Adams; the Frank Cahoon Sunoco Service Station in North Adams (where in met Shirley Norcross, his future wife); and was a boiler fireman/water tender for Sunoco while in the Merchant Marine after getting out of the U.S Navy in 1948. He was an active member of the Clarksburg community for over 20 years, serving as a town constable on the Clarksburg Police Department and a member of the Clarksburg Volunteer Fire Company. He was also served as a Berkshire County Deputy Sheriff for 40 years. He was a member of All Saints Episcopal Church, North Adams. While in Florida he was a member of the American Legion Post 58 Wall- Rivers, Dunnellon, and upon return to North Adams he became a member of Veterans of Foreign War Post 9144 in Clarksburg. He enjoyed camping and boating with family and friends. His favorite pastime was spending time with his grandchildren. He married Shirley Mae Norcross on October 27, 1952. They were married for 61 years before her death on December 15, 2012. He is survived by 2 sons, Mark N. Cahoon and his wife, Ginette, of North Adams; and Brian A. Cahoon and his wife, Jean Solares, of Des Moines, Iowa; 4 Grandchildren, Eric Cahoon and his wife, Katrina, of Pittsfield, MA; Gisel Dwyer and her husband, Justin, of Stephentown, NY; Justin Cahoon of La Quinta, CA and Cayla Cahoon of Albany, NY; four great grandchildren, as well as several nieces, nephews, grandnieces and grandnephews. He was predeceased by his wife Shirley, brothers, Freeman, Frank (Cal), Everett, Douglas and Kenneth (Kenny). Burial will be private at a later date at Clarksburg Cemetery. There are no calling hours. Memorial donations may be made to All Saints Episcopal Church, 59 Summer St. North Adams, MA 01247. The PACIOREK FUNERAL HOME, Adams, is in charge of arrangements. To leave a message of condolence for the Cahoon family, please go online to www.paciorekfuneral.com

The family of Mr. Carl W. Cahoon created this Life Tributes page to make it easy to share your memories.

Send flowers to the Cahoon family.