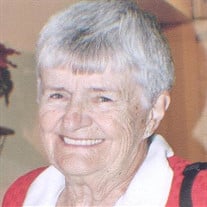 Mrs. Beverly (Bev) Lewis, 81, of Cheshire MA and Winter Haven FL, Died August 21, 2019, from Alzheimer’s at home; her beloved husband of 63 years Robert (Bob) Lewis was by her side. Born in North Adams, June 18, 1938, to the late Henry and Gladys (Bailey) Harrington, she attended North Adams schools and graduated Pro Merito in 1956 from Drury High school where she was a member of the girls Basketball, Soccer and Softball teams, yearbook & Academe Staff and the Senior Class play. After High school Bev married Bob on May 26, 1956 and joined him as he traveled for the U.S. Air force, before settling in Cheshire MA. After retirement Bev and Bob enjoyed winters at their Carefree Country Club home in Winter Haven FL. Bev last worked at Pontoosuc Lake Country Club until retiring in 2001. Earlier, she had worked as a bookkeeper at U.S. Gypsum in Cheshire and at Mike Deep Insurance-Adams office. Always an athlete, Bev found her true passion at the age of 40 with the Game of Golf and became a champion golfer in both Berkshire and Polk Counties, winning many titles including 19 years as reining club champion at Pontoosuc Lake Country Club until her retirement, The Pittsfield City championship in 1987-88 &1997, Forest Park Country Club Champion 2002 & 2005 and many years as club champion at Carefree Country Club in FL. Besides her husband Bob, Bev is survived by her 5 children, Jerri Brodeur of Northbourgh MA; Nancy Lewis and her husband Rocky Williams of Surry County VA; Ken Lewis and his wife Cheryl of Saluda VA; Linda Lewis-Ryan and her husband Bruce Ryan of Hinsdale MA; Al Lewis and his wife Patrica of North Adams MA; 6 Grandchildren, Charlene Pappas, Jesse & Andrew Lewis, Jackson & A.J. Brodeur and Brayden Ryan, 3 Great Grandchildren, Jessica, Krystal & Erin Pappas; her sister Marilyn Rose of Gulfport FL, her brothers and sisters-in-law, Harry & Josie Lewis, Chic & Barb Lewis all of Cheshire MA and Tony Pedercini of North Adams MA; 2 Step Grand Children, Jennifer & Danielle; many nieces and nephews. She was predeceased by her sister-in-law and childhood best friend, Judy Pedercini and an Infant grandson, Justin Lewis. The family would like to give heartfelt thanks to all the wonderful caregivers from Hospice Care in the Berkshires for taking such good care of our Mom and Thanks are not enough to express our Enduring love, gratitude and appreciation to our Aunt Josie Lewis, for her selfless love and care for Mom throughout this painful journey. Graveside services were held privately in the family plot in Southview Cemetery North Adams MA. To leave a message of condolence, please go online to www.paciorekfuneral.com

The family of Mrs. Beverly A. Lewis created this Life Tributes page to make it easy to share your memories.

Send flowers to the Lewis family.