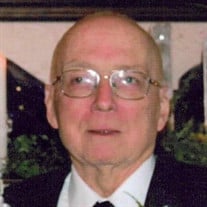 Arthur W. “Skip” Harrington, 76, of Adams, died Sunday morning, April 12, 2020, at his home. He was born in Adams on February 21, 1944, a son of the late Dr. Arthur W. Harrington and Louise (Martin) Harrington. He graduated from the former Adams High School, and attended Norwich University. He received his Bachelor’s in Industrial Arts from Fitchburg State College. Skip was an industrial arts instructor at Adams Memorial Junior High School for several years. He then worked as a computer and graphic arts teacher at Drury High School in North Adams, from 1975 until his retirement in 2004, during which time he wrote many grants for the North Adams school system. Following his retirement, he assisted his son in the operation of the former Harrington’s Restaurant in Lanesboro and Adams. He was a longtime member of the Adams Board of Selectman, and had also served as assistant building inspector for the town from 1987 until 2002. He served as an alternate town representative to the Berkshire Regional Planning Commission. He was a member of the original committee that created the Ashuwillticook Rail Trail bicycle path, and was a member of the Berkshire Bike Path Council. He was a member of the former St. Mark’s Episcopal Church in Adams, and was a former member of the Adams Lions Club. He enjoyed being outdoors, working on construction projects, travelling and interacting with people. He is survived by his wife, Noreen L. Donnelly, whom he married on July 25, 1998; four sons, Mark Harrington and his wife, Alison Pitt, of Park City, Utah; Michael Harrington and his wife, Dawn, of Adams; Edward Harrington and his wife, Kim, of Foley, Alabama; and Eric Harrington and his wife, Amanda Clerc Harrington, of Lanesboro; four grandchildren, Cormac, Meghan, Kaitlyn and Marina; and a sister, Jennifer Harrington of the State of Washington. He was predeceased by a brother, Herbert “Hub” A. Harrington. A Memorial Mass will be held on a date to be announced in the future, when current restrictions are lifted. Memorial donations may be made to the Adams Council on Aging, 3 Hoosac St. Adams, MA 01220; the BMC Cancer Center, 165 Tor Court, Pittsfield, MA 01201; or to any charity of the donor’s choice. The PACIOREK FUNERAL HOME, Adams, is in charge of arrangements. To leave a message of condolence, please go online to www.paciorekfuneral.com

The family of Mr. Arthur "Skip" Harrington created this Life Tributes page to make it easy to share your memories.

Send flowers to the Harrington family.